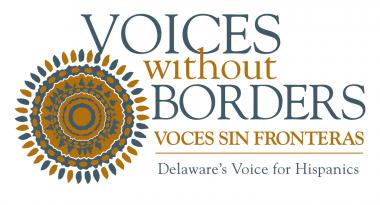 Wilmington, DE June 4, 2009: Voices Without Borders announces the resignation of Executive Director Guillermina Gonzalez effective June 30, 2009. Guillermina Gonzalez has decided to leave Voices Without Borders after more than two years at the helm. The Board of Directors appreciates all of her work and wishes her success in her future endeavors. The Board will begin the process of indentifying and hiring a new executive director as soon as possible. In no way does this change alter the services the organization provides to the community.

Under Guillermina Gonzalez’s tenure Voices Without Borders has become a respected advocacy organization in and out the Latino community in the state of Delaware. The organization has created spaces of exchange and dialogue between communities and has brought understanding towards Latinos in the state. Voices Without Borders has coordinated successful events such as the first ever Latino Gubernatorial Debate on July 30, 2008 that raised awareness towards Latino issues in the state, the Money Fairs “Money Without Borders” on October 20, 2007 and October 11, 2008, the presentation of the documentary “Estamos Aqui” followed by an inclusive panel discussion on January 30, 2008, and the “5 de Mayo Health Care Fair” in 2007 among other venues.

Voices Without Borders relevance in the community is a consequence of permanent connection with its constituency while believing that social and institutional change on Latinos’ behalf will not occur without bringing all communities to the table for an open and honest dialogue. Voices is recognized as a Latino bridge builder due to its capacity of working and delivering results in a team spirit with a variety of organizations.

Voices’ mission of building bridges to move Latinos forward in Delaware through social justice and institutional change will continue as strong as ever during this change.