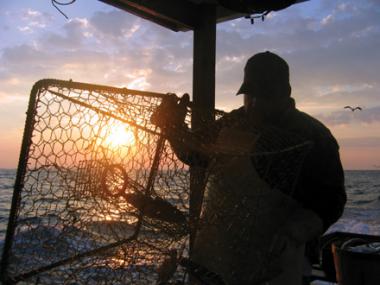 Hands of Harvest had its area debut on Friday, March 19 at 7 p.m. at the Milton Theatre.

Adrian Muys, the director of this documentary on crabbing industry, holded a question-and-answer session after the film, which is part of the Rehoboth Beach Film Society’s Delaware Roots Film Series.

Hands of Harvest explores the intrinsic relationship between watermen struggling to make a living on the Eastern Shore and the Mexican women who pick the Atlantic blue crab.

Answering the questions of the audience, the Director says that “these workers don’t socialize with others, they don’t speak the language”.

Adrian said that the responsability to take care of the workers is left to themselves. “The film shows us the deplorable conditions that people live”. “We have spent more time with the workers and it really hurts”, Muys added.

Matt Haley, the executive producer of Hands of Harvest, is the owner of six area restaurants that depend on Latino employees and he is currently on the board of La Esperanza, which was founded to support immigrant workers.

Many well-known people of our community were there: The Executive Director of La Esperanza Zaida Guajardo and her husband Fernando Guajardo, Pastor Israel Figueroa and his family, Jill Gomez, Needa Biggs, and Ethel Sayles from La Esperanza, Sister Ascension Banegas and Sister Rosa Alvarez among others.