Members of the Republican Party of Delaware have donated 100 miles of signs supporting President Trump. Over 100 signs have been placed all down Route 1 (Lewes, DE). Since placing them, vandals and thieves have gone to work removing and damaging the signs. They are replacing them quickly as they come down.

On Sept. 28  in the morning, a  citizen witnessed an act of destruction in progress.  They couldn’t get close enough for a clear picture as the perpetrator sped away when he realized he was seen.  He was driving recklessly, weaving through traffic while speeding to escape the scene. This all happened between Route 40 and 273. 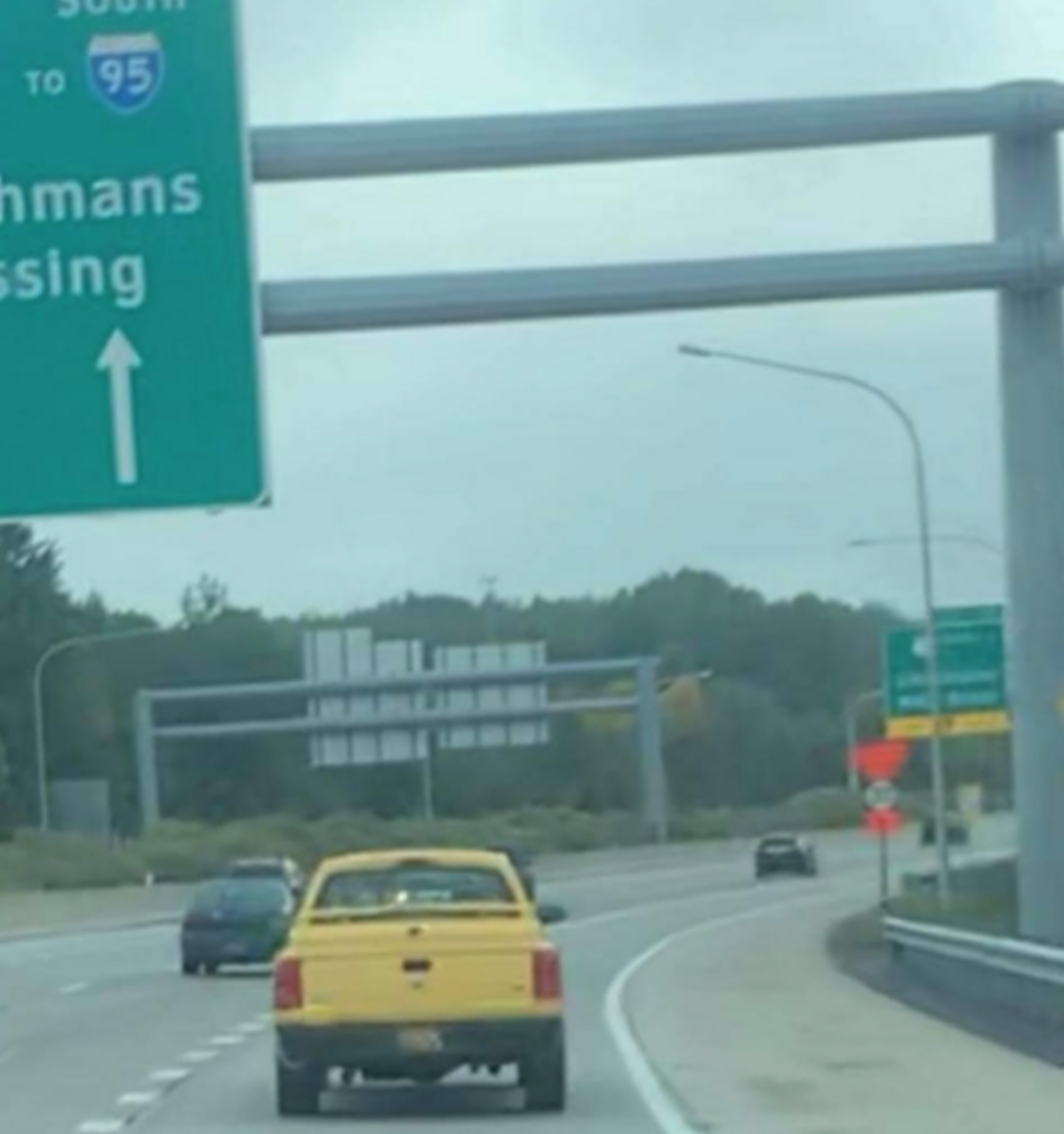 See if you can make out the vehicle from the image. The vehicle is a Yellow Dodge Dakota, black racing stripes and a low profile yellow bed cap. People from the local GOP are requesting if anyone has any information please contact the Delaware Republican Party at 302-668-1954 who is cooperating with the State Police on this issue.

“We are dismayed that someone would try to stop us from being heard and destroy our property”, Delaware GOP Chair Brady stated.  “Not everyone has done damage to the signs, however. The State Police have informed me that they observed individuals actually cleaning the signs. The authorities reported that the good Samaritans were two Hispanics, one African American, and one Caucasian. Thank you to our supporters who pitched in to help.”