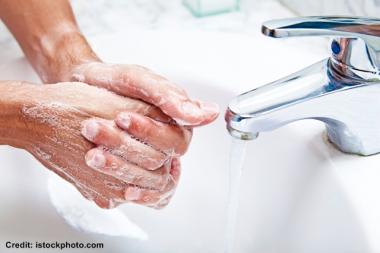 (Para leer la versión española ir a Noticias Relacionadas).
Washington, D.C. (ConCiencia News) – It is a hard lesson for professors and educational institutions to teach students to be sure to wash their hands constantly this season to prevent the transmission of diseases such as the H1N1 flu.

Professors at the University of Kansas and North Carolina found that the majority of young people do not wash their hands, even though they were advised to do so, according to a study published in the September issue of the Journal of Environmental Health.

“Many students say they constantly wash their hands,” said Douglas Powell, professor of food safety at the University of Kansas. “But even in the case of epidemics, many do not do so.”

The study analyzed the hand-washing habits of young people during flu season, a procedure that apparently was not taken into account and therefore caused 340 students to get sick at the University of Guelph in Canada.

“Usually, people put their hands in their mouth and nose unconsciously, often after having touched objects or persons infected by some kind of virus. That is where the possibility of getting a disease arises. This is why it is important to wash your hands constantly,” said Jesus Cardona, a Colombian doctor.

When the study was performed at the universities, there were notices in the bathrooms and on cafeterias doors, where there was a greater risk of contamination, alerting students to wash their hands. Nevertheless, the researchers noticed that during this outbreak season, students only wash their hands 17 percent of the time.

When students were asked about their hygiene habits for the prevention of the outbreak and 83 out of 100 claimed that they always followed the hygiene suggestions for their hands. However, it is estimated that less than the half of their fellow students did the same.

In the notices, young people were advised to wash their hands with plenty of water and soap, and then dry them with paper towels, but apparently this was not enough. Professors suggest other methods of communication to transmit the message.

“Telling people to wash their hands in notices is not enough,” said Ben Chapman, researcher and professor. “Health officers need to be more creative about how they send the message,” he said.

Among the problems young people had when washing their hands was that the soap commonly used in public places irritates and dries the skin. 90 percent of them said that sometimes there is no soap or towels in the bathrooms. Others admitted to being lazy when it comes to washing their hands.

According to Powell, it is necessary to reach young people in a more contemporary way, according to their needs and communication systems, such as the social networks Facebook, My Space and text messaging.

“This may increase the frequency with which young people wash their hands to prevent many of them from getting sick,” he concluded.