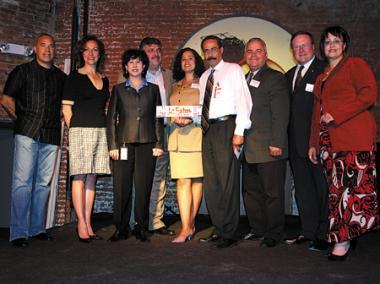 Wilmington- The Hispanic Business Association (HBA) Networking Event scheduled for Wednesday, June 3 in Wilmington has been canceled due to the threat of rain. It was a outdoors event.

Both James Baker, Mayor of Wilmington, and Joseph DiPinto, Director of Economic Devopment for the City of Wilmington, has been confirmed for the new date.

“Aside from the threat of rain, the winds are forecast for 13-15 mph, and the wind tunnel created by the two skyscrapers, The State and City County Bldg., would also be another detriment to the event,” said Maria Cabrera, President of the HBA. “And last but not least, a cold front will be passing thru this week.”

The association has another networking event scheduled at Ovations Restaurant in Rehoboth Beach on Thursday, June 25.