WASHINGTON—At a series of meetings at Capitol Hill, a delegation of Hispanic Bishops discussed with Democrat and Republican legislators of both houses, four areas of deep concern and offered principles of Catholic social teaching to help in the current debates.

“The bishops are keenly aware of the substantial contributions Hispanic communities make to the prosperity and well-being of the United States,” said Archbishop Gomez. “Yet those same communities suffer under the weight of a broken immigration policy, as well as lack of access to quality education, adequate medical care and economic opportunities.”

Archbishop Gomez summarized the purpose of the meeting.

“We met with our political leaders of both parties to re-affirm the principles of Catholic social teaching about the dignity of all human beings from conception to natural death and the centrality of the common good. We offered these principles grounded in social ethics and our religious heritage as constructive guidelines for achieving a just and equitable resolution of the public policy debates around these key issues,” he said.

“We join with other Hispanic leaders and all people of good will in raising our voices to affirm as clearly as we can the basic principles of social justice for all,” Archbishop Gomez added.

A summary of the topics raised by the bishops with legislators follows.

Health Care and Immigration. The U.S. Bishops have for decades been in favor of health care reform that is truly universal and respects the life and dignity of all, including the poor and legal immigrants. Health care legislation must allow all legal immigrants, regardless of income level, to participate in any new health care system and oppose any ban that would prevent them from participating for five years. Such legislation must also support the inclusion of pregnant women and children, regardless of their legal status.

Hispanics and Poverty (Housing). The U.S. Bishops support a national housing policy that includes preservation and production of quality housing for low income families, the elderly and other vulnerable people. The U.S. Bishops also call for an end to abusive lending penalties and urge Congress to fund the National Housing Trust Fund, which will preserve or produce 1.5 million rental homes in the next ten years and 200,000 new housing choice vouchers annually for ten years.

Hispanics and Education. The U.S. Bishops encourage the federal government to promote programs that keep students in school, include Catholic students and teachers in federal education program, especially reauthorization of No Child Left Behind, reauthorize the D.C. Scholarship program to assist low income students in the District of Columbia to receive financial assistance to attend private schools, and support funding for students to attend community colleges where many Hispanic youth are educated.

A Call to Maturity 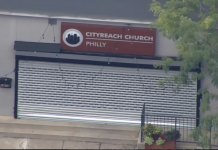