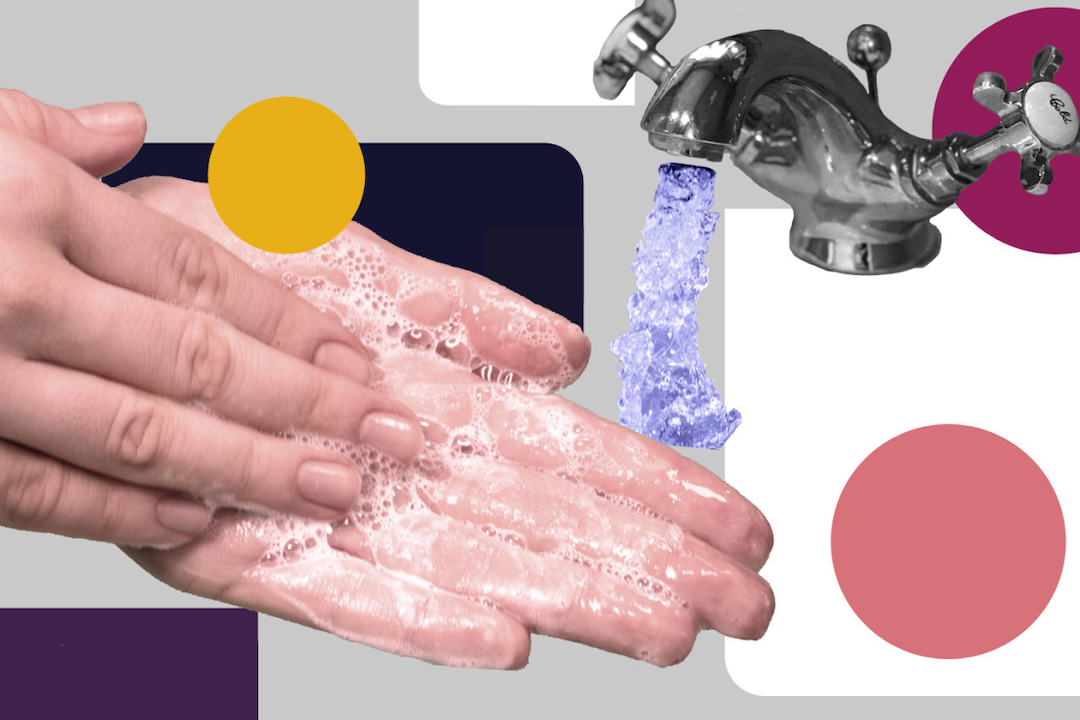 For the past eight years, she’s been washing her hands pretty much every time she passes a sink. When she’s near a bottle of antibacterial gel, she uses it. She makes a point of avoiding people with contagious illnesses, even though it can be uncomfortable to ask to work from home or miss a date with friends. And she makes sure she gets plenty of sleep, not always easy at age 25.

Amelse was diagnosed in 2012 with lupus, an autoimmune disease that makes her vulnerable to infections. She’s since developed pulmonary arterial hypertension, a condition that requires intravenous therapy via a central line to her heart. Both illnesses place her at heightened risk for viral and bacterial illnesses. So, she has adapted as a matter of survival, taking to heart long-standing axioms on what constitutes good hygiene.

As the highly contagious new coronavirus continues its spread through the U.S., the general public could learn a thing or two from Amelse and the millions of other Americans with weakened immune systems who already live by rules of infection control. Whether it’s people who had recent organ transplants, people undergoing chemotherapy or people with chronic diseases, America has a broad community of immunosuppressed residents who long ago adopted the lifestyle changes public officials now tout as a means of avoiding contagion: Wash your hands, and wash them often. Don’t touch your face. Avoid that handshake. Keep your distance from people who cough and sneeze.

Amelse doesn’t follow the advice perfectly — of course she touches her face sometimes. “You do these things unknowingly, so forcing yourself to break these habits can be challenging,” she said. But the incentive to keep getting better is there. “If you get a cold and you give me that same cold, you might get it for a week. I’ll get it for a month.”

Even with her dedication, COVID-19 is proving a daunting prospect to face. And she has a stake in Americans adopting these habits because, while the disease is relatively minor for many people who get it, it can be life-threatening for people with preexisting conditions.

Amelse works at a health literacy startup in Minneapolis that helps patients with complicated diseases learn about their illness. She knows a lot about health and how to prevent infection. Still, the threat of COVID-19 is unnerving, for her and her doctors.

With a virus so new, official guidance on what people at heightened risk should do to steer clear of COVID-19 is limited. But the Centers for Disease Control and Prevention recently said the virus seems to hit hardest in people 60 and older with underlying health concerns. There is also concern for younger people with limited immune systems or complex diseases.

Health officials are asking those at risk to stockpile two-week supplies of essential groceries and medicines in case they need to shelter at home; to avoid crowds and heavily trafficked areas; to defer nonessential travel; and to track what’s going on in their community, so they know how strictly to follow this advice.

Infection control always follows a similar set of principles, said Dr. Jay Fishman, director of the Transplant Infectious Disease and Compromised Host Program at Massachusetts General Hospital and a professor at Harvard Medical School. The most important things for people to do right now are the things he always recommends to his organ transplant and cancer patients. Again, think hand-washing and avoiding spaces where sick people congregate.

Still, the recommendations aren’t one-size-fits-all. Some people are born with stronger immune systems, and immune deficits exist on a spectrum, said Fishman. How strict people need to be to prevent illness can vary depending on how susceptible they are.

Recommendations also need to take into account what people can and will do, he said. Children, for example, are among the greatest germ vectors of all time, but Fishman doesn’t ask his patients with grandchildren to stay away from their young family members. “We did the transplant so you can see your grandchildren,” he might tell them.

Similarly, avoiding crowds and staying away from sick people is easy for some but can be all but impossible if you work in food service, for example. Find ways to avoid the risks and reduce them where possible.

Though there isn’t great research on how well transplant patients and others manage to prevent infection, Fishman said many of his patients don’t get sick any more frequently than the general population, despite their vulnerabilities. But when they do, the illnesses tend to last longer, be more severe and put people at higher risk for additional infections. He counsels patients to be vigilant, but also to live their lives and not be ruled by fear.

Dr. Deborah Adey, a transplant nephrologist for UCSF Health, echoed Fishman, saying she likes to find ways to help her patients carry on with their lives. A patient recently asked if it was OK to fly to Salt Lake City, and she suggested they drive instead.

Gauging the risks can be tough. Amelse was relieved when a major health conference she was scheduled to attend recently in Florida was canceled at the last minute. She wasn’t sure it was safe to travel, but it also was unclear how to categorize an important work trip: Was this essential? Nonessential?

Adey conducts follow-up appointments via teleconferencing where possible, to keep her patients out of medical facilities. Hospitals are, by design, places for the sick, and people with compromised immune systems are generally advised to avoid them and the viruses and bacteria potentially inside.

That matches advice from officials in California and other states, asking people to stay out of emergency rooms unless absolutely necessary. They are asking people, when possible, to call ahead to their doctors and stay home unless an illness is serious.

And, similar to what public officials are advising the general population, Adey does not recommend that her patients wear face masks when out in public or even at the clinic. “The only people I would recommend is if they’ve got a lot of close contact with the general public, and they can’t afford to be off work.”

While much has been made of the hoarding sprees for face masks, the empty hand sanitizer shelves are equally frustrating for Amelse. Every 48 hours, she has to mix and administer drugs she places in an IV that goes into her heart. Everything must be sanitized, and she typically gets monthly shipments of antibacterial wipes and sanitizer. If suppliers run out, she’s worried she’ll have to go to a hospital to have the drugs administered — exactly where her doctors don’t want her to be.

Officials are desperately working on a vaccine for the coronavirus for use in as little as 12 to 18 months. But many vaccines are made from live viruses and can’t be given to some immunosuppressed people.

Given the risk COVID-19 poses for people with compromised immune systems, the government needs to stress how important it is for everyone to follow good hygiene protocols, said Fishman. “The worst thing we can do is downplay it.”

And for those just getting up to speed on preventing infections, Amelse has advice: “Viruses don’t pick and choose; they will latch on anywhere,” she said. Even if it’s not a serious illness for you, “there are people in your life that you can infect. You have the obligation and the responsibility to take care of your loved ones.”