Gov. Jack Markell, who announced the new jobs in Thursday’s State of the State Address, said ILC Dover’s decision to move Grayling’s manufacturing operations to Delaware is indicative of the state’s friendliness toward small businesses, especially those on the cutting edge of new technology and innovation.

“This brings jobs back to the United States, and there’s no place we’d rather have those jobs than Delaware,” Markell said. “We want Delaware to be the place where this new synergy between ILC and Grayling takes shape and blossoms. As Delaware’s economy continues its steady path to a full recovery, it is companies like ILC Dover that will provide a strong core that we can rely on.”

Frederica-based ILC Dover, known for making spacesuits for NASA, the airbag system for the Mars Rover and Personal Protection Equipment for military, homeland security and industrial users, purchased Grayling earlier this year to complement its flexible containment products for the pharmaceutical industry.

While Grayling’s manufacturing operations are moving to Delaware, the subsidiary’s offices will remain in Alpharetta, Ga.

As part of the agreement to move Grayling’s manufacturing operations to Delaware, ILC Dover has requested a Strategic Fund Performance Grant in the amount of $364,500 for the creation of 115 new full-time positions in the state. The company also requested a Strategic Fund Capital Expenditures Grant in the amount of $187,860, or a 3 percent match on qualified capital expenditures up to and including $6,262,000. The funding is contingent on approval by the Council on Development Finance.

ILC Dover plans to move the first line of products to Delaware in April, when it will hire 35-40 new positions, and complete the move of the other production lines by the end of 2013, when it plans to fill all 115 positions. The company will employ roughly 560 people once the new positions are filled.

Levin lauded the company for choosing Sussex County as the new site for Grayling’s production facility.

“They could have gone anywhere to do this, and it shows a real commitment on their part that they are bringing their recently acquired business, and the accompanying jobs, to Delaware,” Levin said. “We were eager to work with them to make this happen. We wanted to secure these jobs for Delaware.”

“As many of us know, the loss of good manufacturing jobs, particularly in the Seaford area, coupled with the economic downturn in recent years, have hit some communities harder than others,” Vincent said. “This announcement helps lay the groundwork for a more diversified and robust economy in the years to come.” 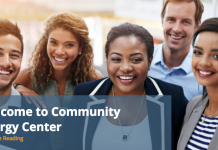