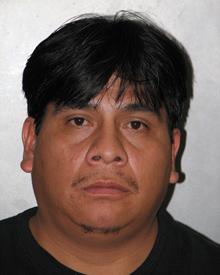 For a more updated look into what happened at the illegal dentistry that took place in Georgetown read more here: @link href=’http://www.wboc.com/global/story.asp?s=9879917’target=”_blank”>Wboc.com/link

Georgetown – 35-year-old Carlos Ruben Ramos-Martin and 41-year-old Delma Lopez-Ramirez were arrested for an incident at the Crestwood Gardens Apartment Complex.

The Georgetown Police Department and the Immigration and Custom Enforcement Agency (ICE) conducted an investigation for approximately a year into citizen complaints about an illegal dentistry operation going on at apartment 110A of Crestwood Gardens.

Local health care providers have also contacted police that they have seen patients with serious infections in their mouth due to tooth extractions by an unknown source practicing dentistry at Crestwood Gardens. A search and seizure warrant was executed at apartment 110A of Crestwood Gardens. Police located Martin and Ramirez at the apartment.

Police recovered teeth extractions tools, lidocaine, syringes, needles, dental powders, and teeth molds. It was discovered that Martin was performing dentistry work and he is not a licensed dentist, nor does he have any type of medical degree. Ramirez also lived at the apartment and was aware that Martin was practicing dentistry.

Both were charged with practicing medicine without a license, conspiracy, possession of hypodermic needles, and possession of a non-controlled prescription drug; both were committed to SCI in lieu of bond and an immigration detainer was also placed on them.

Police also located 25-year-old Francisco Escalante Ramos and 34-year-old Rafael Alfonso Ortiz in the apartment. An immigration check was done and Ramos was found to have re-entered the country after being deported. Ortiz was found to have an outstanding capias out of JP Court 3 for failing to appear on a DUI charge.

Both Ramos and Ortiz were committed to SCI on an immigration detainer.