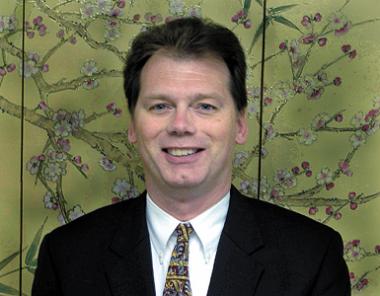 (HOY EN DELAWARE)- When do you believe that we will have a new immigration law? What positive changes will it bring?

(BUXTON R. BAILEY)- Immigration practitioners have been waiting a long time for comprehensive immigration reform; however, it is a very political subject. The political will necessary to move a reform bill through the Congress is not present. Congress, for good reason, has spent much of the past 12 months dealing with health care, another area that is seen as needing comprehensive reform. Despite that, many people in Congress as well as advocacy groups are aggressively arguing in support of and debating the contours of what may eventually be an immigration reform bill.

I would like to see The Dream Act (“Dream”) as part of any immigration reform. The idea of The Dream Act has been floated in Congress in the past, but has never become law. In its present form it would authorize the adjustment of status (legalization) for many undocumented who entered the U.S.A. as children and later graduated from high school here in the United States. Certain other requirements would also apply. I would also like to see more discretion returned to the Immigration Judges. Many undocumented who find themselves in removal, formerly known as deportation, have established deep roots in American communities after many years here. Many are married, have children and longstanding employment. However an immigration judge must find that their removal would cause an “exceptional and extremely unusual hardship” to a U.S. citizen or Lawful Permanent Resident (“LPR”) spouse, parent or child. The hardship on the alien himself cannot be considered. Time has shown that that standard is very high with the result that many intact nuclear families are irrevocably damaged if not destroyed. Returning to the earlier standard of “extreme hardship” and allowing consideration of the alien’s hardship itself would be an approach much more in line with American tradition.

(HD)Explain what rights immigrants actually have?

(B.B.)- This is a very complicated question. The United States constitution grants numerous rights to citizens of the United States. Those enshrined rights are the envy of much of the modern world. Non-citizens living in this country, however, enjoy far fewer rights than citizens. As long as Congress drafts laws that meet the minimum standard of constitutionality then these distinctions are acceptable. What is minimally constitutionally acceptable is continuously argued and there is no fixed line in the sand. An obvious right of citizens is the right to vote, yet non-citizens, even lawful permanent residents, have no right to vote in U.S. elections. However, any non-citizen accused of a crime is entitled to the same rights and protections as a citizen including a jury trial, the right to confront his/her accuser and the right to public defense counsel if indigent. Depending on the State in question a non-citizen injured on the job is entitled to seek workers’ compensation benefits regardless of his legal status.

Non-citizens detained because of outstanding warrants for their removal have very limited rights pending return to their country. If you did not appear for your hearing one potential defense is that you were unaware of your hearing and that is the reason for your failure to appear in which case, a motion to reopen your case may be in order. Non-citizens never before detained by ICE have a right to a hearing before an immigration judge to determine if she can stay in the United States or must return home. Immigration judges hear claims for asylum, adjustment of status, cancellation of removal other types of relief. Non-citizens who find themselves before an immigration judge are also entitled to a lawyer, however, the government will not provide one a no cost as it will in a criminal case.

Eligibility to drive is not a right, but a privilege granted by the States. Most states do not grant the right to drive to undocumented immigrants. They generally do grant the privilege to legally present immigrants. There are many more rights and restrictions on those rights that affect the non-citizen but that is beyond the scope of this article.

(HD)- Can the police enter the home of an undocumented person or stop them while driving?

(B.B.)- It is the duty of a law enforcement officer to stop any person undocumented or not if the officer observes a violation of the traffic or criminal laws. An officer observing a driver weave across lanes of traffic is well within her authority to stop such a driver as that is often evidence of driving under the influence of drugs or alcohol or simply negligent driving i.e.: driving and texting. Law enforcement may enter the home of another when they have sufficient evidence that rises to the level of “probable cause,” which is a technical term meaning a quantum of evidence that suggests that criminal conduct is or has occurred at that residence. Absent probable cause, the 4th amendment protects citizens from warrantless searches and seizures subject to certain exceptions.

The Department of Homeland Security’s Bureau of Immigration and Customs Enforcement (“ICE”) is a special type of law enforcement agency. Their mandate is to enforce the immigration laws. If a non-citizen is present in this country without permission they are subject to apprehension and detention by ICE agents. Similarly, ICE agents can raid employers and personal residences if they have sufficient cause to believe that violations of the immigration law are occurring such as unauthorized employment. It is also the ICE agents’ job to apprehend aliens who have been previously ordered removed by the immigration court but have not voluntarily departed or surrendered for removal.

Local law enforcement agencies are not charged with enforcing federal immigration law so they, as a general rule, do not arrest an undocumented alien merely because he or she is undocumented. If, however, there is an arrest based on probable cause of criminal or traffic misconduct and the individual is taken to a local detention center, it has become the practice of many local jails to notify the local ICE office that they have an undocumented alien in their custody. Many of these policy changes can be traced back directly to the September 11, 2001 terrorist attacks. Improved communication between law enforcement agencies both State and Federal has resulted in stepped up enforcement and detention of undocumented aliens.

(HD) -Why would you recommend a visit to an immigration lawyer/specialist?

(B.B.)- Regardless of whether they came with a visa or not, the goal of most undocumented non-citizens is to become “legal” which generally means obtain lawful permanent residence.

A onetime consultation with an immigration lawyer will help orient a prospective client as to what their options and potential pitfalls are given the individual history.

Immigration law is a complex web of regulations and statutes dealing with everything from U.S employers seeking to bring over highly skilled and trained foreign workers to regular people fleeing genocide and other forms of persecution and every other type of case in between. There is no “one size fits all” solution that works for everybody.

Removal (appearances in court before an immigration judge), for example is very different from someone seeking an F-1 student visa, or a change of status from a tourist to a temporary worker, matters that are handled within the Bureau of Citizenship and Immigration Services (“CIS”). In a Removal proceeding the government is represented by a lawyer. If you have a case in front of the Immigration Court, you should have a lawyer too, or at the bare minimum consult with a lawyer before the hearing to understand the nature of the proceedings and what if any relief you may have.

A common mistake made when dealing with CIS is to believe that it is simply “filling out a form”. While forms are a significant part of the immigration reality, in nearly all cases there comes a point where the complexity requires an experienced hand.

A person’s ability to immigrate depends on countless issues such as prior criminal convictions, being present in the United States without permission (the three and 10-year bars), having been previously deported, good moral character or the lack thereof and health issues to name just a few. These grounds of inadmissibility are technical, and can have devastating consequences if not properly addressed such as visa denial, long delays, expensive appeals or initiation of removal proceedings.

Immigration law offers protection for victims of violence, domestic violence, and illegal trafficking of women. If you are a victim of sexual violence you should seek out the advice and guidance of an immigration attorney handling those matters.

Many undocumented use “notarios,” individuals who frequently rely on a non-citizen’s natural tendency to seek out the services of a native speaker or someone from their own country to draw in clients with promises of a “work permit” or some other immigration benefit. More often than not a notario is not a lawyer, does not understand immigration law, and does not follow up on any application filed. Be wary of notaries; they do not have your best interest at heart. If you cannot afford a lawyer there are many long established non-for profit organizations, many church based, that offer excellent reduced fee or pro-bono immigration services to the community.