The Iranian and Jewish experiences are not dissimilar. Both peoples have had their homelands seized or occupied by blood thirsty “invaders,” and both peoples have spent many years living in exile around the world.

Before the creation of the state of Israel in 1948, Jews had no real centralized homeland or refuge in the event of another Holocaust, only their adopted countries in the United States, Europe, South America and elsewhere. Iranians, who like to call themselves Persians given the stigma associated with the current radical Islamic regime, do not have the luxury of a real homeland, as it is currently occupied and ruled by radical mullahs bent on the genocide of not only Jews and Christians, but any Iranian who dares to question their “authority” to impose Shariah law and further a Muslim revolution in the name of Allah. Thus, the Jewish and Iranian diasporas are not that dissimilar. Ironically, there is much overlap, as Persian Jews, for instance, account for a large portion of Iranians living in the United States in particular. Just one example they comprise much of the huge Iranian population in the Los Angeles area, which totals over 1 million inhabitants.

As I have discussed in many previous columns, the fate of the Iranian and Jewish people are closely tied, particularly at present. Israel is now on the verge of being totally surrounded by radical Arab states, which are the surrogates of the neo-Nazi Islamic regime in Tehran. And, Iran will soon have nuclear weapons, which it has pledged to use to wipe Israel off of the face of the earth. Were the Islamic regime in Iran to fall and become non-radicalized and secular, the “head of the snake” of terrorist interests in the Middle East would be decapitated, cutting off support and funding to such groups as the Muslim Brotherhood, Hezbollah and Hamas. But rather than pursuing this crucial objective, the American and European governments have elected instead to pick the low-hanging fruit and attempt, albeit belatedly and incompetently, to remove less formidable dictators in Iraq and Libya, for instance. The real “meat and potatoes” to Middle East stability and world peace Iran has been sidestepped by Obama and the European Union in a cowardly manner, for whatever dishonest or nefarious reasons.

Jews and Iranians, having been very successful in the United States, both financially and socially, have much political power to exert. Jews at least the non-leftist ones have sought in the past to use this political power and have succeeded in large part. Through lobbying and other means, in the past they have “convinced” most American lawmakers and government officials at least not to harm Israel. But now, with a President Barack Hussein Obama, who is a latent anti-Semite Israel hater, the task has become much more difficult. Obama and his compromised secretary of state, Hillary Clinton, have recently threatened Israel by stating that they, along with the “Quartet” which also is composed of the United Nations, Russia and the European Union will impose a Palestinian state on the Jewish nation, if it does not accede to Palestinian demands.

As for Iranian freedom, the “mullah in chief” would rather get down on his knees and beg for understanding and forgiveness of America from the Muslims in Tehran than take a strong stand and support the Iranian freedom movement. Why is it that the Obama administration is now apparently bent on arming the Libyan opposition, which many think contains al-Qaida operatives, but dares not utter a word about a similar “strategy” with the Iranian freedom movement which holds so much promise and is largely anti-Muslim? Is the Obama administration and Democratic Party also “on the take” from Iranian banks and other interests, as occurred with China during the reign of the Clintons in the 1990s?

I love my own people, and I love my Persian friends. Conservative Jews and evangelical Christians have been on the front lines in supporting Israel and the Iranian freedom movement although their support these days could be much stronger. But with few exceptions, the Persians living in the United States, particularly in the Los Angeles area, are more concerned with being part of the chic new generation culture than supporting their brothers and sisters who are fighting for freedom in their eventual homeland, and risking their fortunes, lives and sacred honor. Indeed, to most Persians living abroad and in the United States these days, the model of the car they drive, their fashionable clothing or their new cosmetic surgery is more important to them than freedom in Iran. While active on Facebook, it has become more of a dating service or therapeutic gossip rag than a real means to effect liberty for their people.

And the leftist liberal Jews in the United States and elsewhere are hardly different. They continue to disparage and castigate Israel, and many even support radical Palestinians and others bent on the destruction of the Jewish state. They do this in the name of “political correctness.”

In effect, there are large elements of both the Iranian and Jewish diasporas who are self-hating or indifferent to the plight of their own people.

One such person is Mark Zuckerberg, the so-called founder of Facebook. Of course, Zuckerberg, who earlier this year was awarded with Time magazine’s “Person of the Year,” stole the concept of Facebook from his “friends,” as recently depicted in the film “Social Network.” His questionable ethics and moral underpinnings were recently on display again in the last few weeks, when he refused to remove a posting by radical Palestinians calling for the destruction of Israel. The page, called the “Third Intifada,” also called for the murder of all Jews. It was only taken down belatedly after protests by many, including the Israeli government. I have sued Zuckerberg for the damage he furthered. Notably, it is clear that Zuckerberg wanted the page to remain active, as it increased the use of Facebook, thereby also increasing its net worth. Not coincidentally, Zuckerberg had been recently marketing Facebook, through the infamous Goldman Sachs, to foreign investors.

The enemy is thus not only radical Muslims bent on the destruction of the Jews, secular Iranians and Christians; the enemy is also from within.

Concerned Jews, Iranians and Christians must now redouble their efforts and unite, before all is lost!

Larry Klayman is a former Justice Department prosecutor and the founder of Judicial Watch and Freedom Watch. 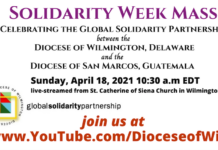