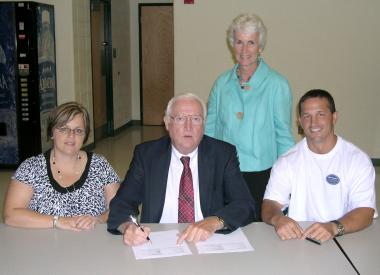 At its regular monthly meeting on Tuesday, July 28, the Indian River Board of Education formally entered into a new three-year contract agreement with the district’s teachers union.