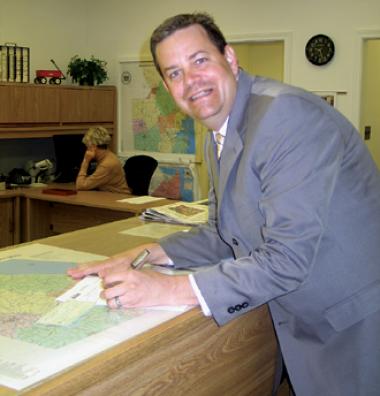 Westhoff, 43, will be facing one-term incumbent, David Wilson, a Republican.

A former newspaper reporter and high school teacher, Westhoff is a spokesman for the Delaware
Department of Transportation. He earned some notoriety recently when he gave hundreds of media
interviews as the DelDOT spokesman during the recent snow storms.

“I am running today, because my neighbors and I are frustrated with the lack of action from
Dover.,” Westhoff said. “We need people in Dover who will stop wasteful spending, throw open
the doors on those backroom deals and fight to bring jobs to Delaware.”

He said jobs are the main focus of his campaign. “There are concrete actions that legislators can take that will bring jobs and make this area more attractive for investment, and bring jobs, and that will be my focus,” he said.

Westhoff is a veteran of the U.S. Coast Guard and a graduate of The University of Virginia.

“I am running for those people who struggle every week, who sometimes have to wait until Friday to buy groceries, who hope their car will last another 20,000 miles and struggle to save a little money each month. I am running for them because that’s who I am,” Westhoff said. “My wife and I do not have thousands of dollars to put on this campaign, we don’t own a business, and we drive used cars. What I offer instead of wealth, is the courage to step on some toes, rattle some cages and get stuff done for Delawareans.”

He needs to introduce himself to the voters, Westhoff said. “From now until November, I will be knocking on doors, meeting with people, and I will try to win this election one front porch at a time. It’s going to be a lot of fun.”

Westhoff said he knows and respects his opponent David Wilson. “Dave Wilson is a man of honor and integrity. We talked earlier this week and we both agree to focus on presenting ideas to the public, debating the policies and presenting a choice to the voters,” he said. “In the end, we’re all neighbors, and Dave and I only want the best for our community.” 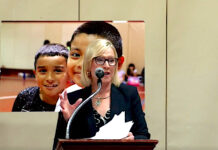