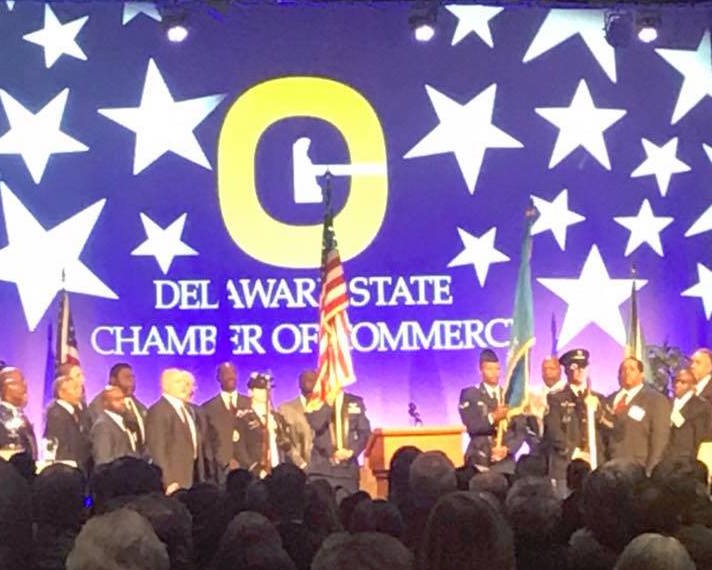 The award presentation—which is kept secret until the night of the dinner—took place prior to Biden’s keynote remarks. Biden, who has been on tour promoting his memoir, “Promise Me, Dad: A Year of Hope, Hardship, and Purpose,” took a break from traveling to attend this year’s event. His book tells a story of how family and friendships sustain us; and how hope, purpose, and action can guide us through the pain of personal loss into the light of a new future.

Joe Biden represented Delaware for 36 years in the U.S. Senate before becoming the 47th Vice President of the United States. As Vice President, he demonstrated his leadership on important issues facing the nation, and represented our country abroad, traveling over 1.2 million miles to more than 50 countries. Biden convened sessions of the President’s Cabinet, led interagency efforts, and worked with Congress to raise the living standards of middle class Americans, reduce gun violence, address violence against women, and end cancer. He graduated from the University of Delaware and Syracuse Law School, and served on the New Castle County Council. At age 29, he became one of the youngest people ever elected to the United States Senate, serving 17 years on the Judiciary Committee and 12 years on the Foreign Relations Committee. 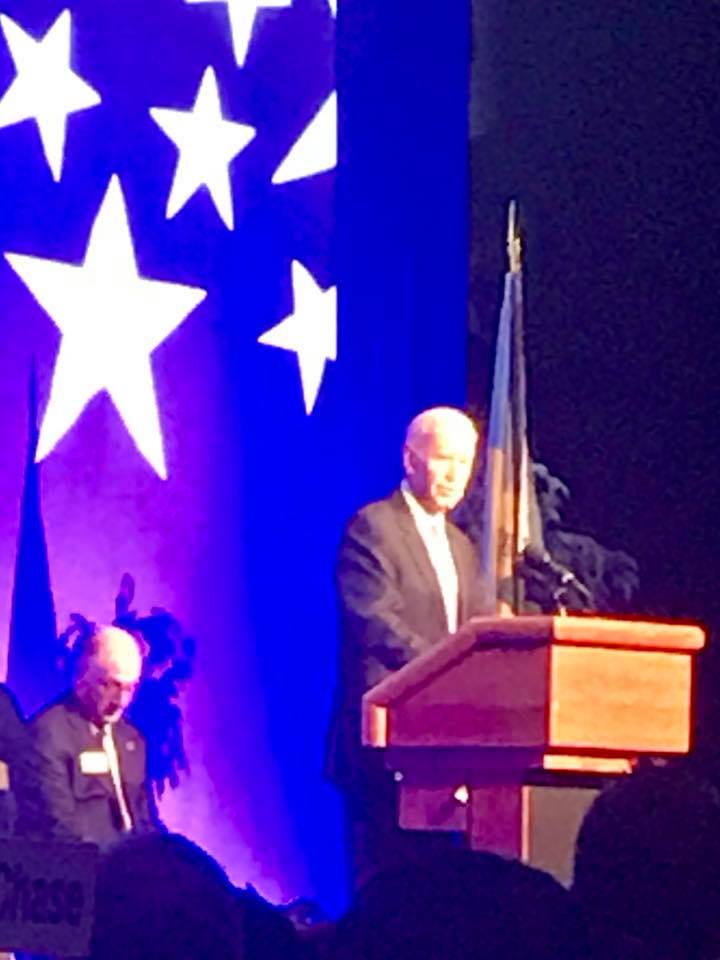 Dr. Jill Biden is a mother and grandmother, a lifelong educator, proud military mom, and active member of her community. She has been an educator for more than three decades, and earned her Doctorate in Education from University of Delaware in 2007, along with two Master’s Degrees while working and raising a family. As Second Lady, Biden worked to bring attention to the sacrifices made by military families, notably through the Joining Forces initiative launched with First Lady Michelle Obama. She highlighted the importance of community colleges, coordinating the “Community College to Career” tour, which highlighted successful industry partnerships between community colleges and employers. In 1993, she started the Biden Breast Health Initiative in Delaware, and as Second Lady, served as Honorary Co-Chair, along with Vice President Biden, for the Global Race for the Cure in Washington, D.C.

The Marvel Cup Award was established in 1951 to honor a Delawarean who has made an outstanding contribution to the state, community, or society. The State Chamber’s highest honor is named in memory of the Honorable Josiah Marvel, who reorganized and was the first president of the State Chamber in 1913-1914. The award was originally presented to Marvel upon his retirement and has been imprinted with the name of each recipient. The identity of the winner is not announced until the award is presented at the Annual Dinner.

About the Delaware State Chamber of Commerce

The Delaware State Chamber of Commerce is dedicated to promoting an economic climate that enables business of all sizes and types to become more competitive in a constantly changing, increasingly global and unpredictable environment. Founded in 1837 as the Wilmington Board of Trade, the Delaware State Chamber of Commerce has a long history as the largest, most influential business organization in the state.