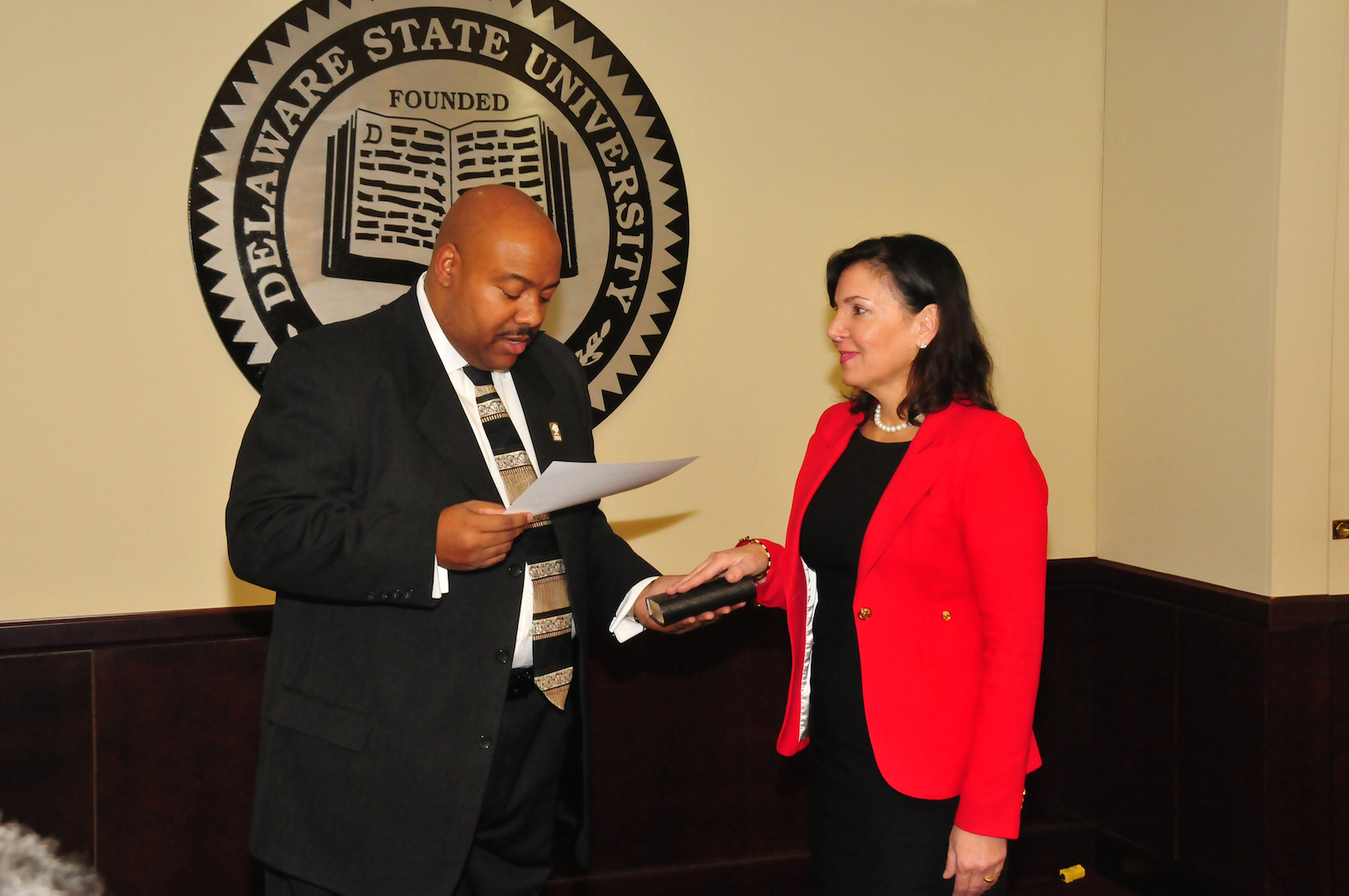 DOVER, Del. – The DSU Board of Trustees swore in Kathy McGuiness as its newest board member during its Jan. 19 public meeting, bringing the board back up to its full 15-person membership.

A native Delawarean, Ms. McGuiness is a businesswoman and elected public servant who resides in Rehoboth Beach, Del. Ms. McGuiness owned and operated the Rehoboth Pharmacy from 1994-2002, and a retail business in Rehoboth from 2003 to 2010.

In 1997, Ms. McGuiness was the recipient of that year’s Delaware Pharmacist’s Bowl of Hygeia Award in recognition of her outstanding community service. In 1999 she received the Delaware Business and Professional Women’s “Businesswoman of the Year.”

She was the founding president of the national award-winning nonprofit Rehoboth Beach Main Street. In 2001, her efforts were recognized by then-Gov. Tom Carper as the state’s “Tourism Person of the Year.” She is credited with being instrumental in the development of Rehoboth Beach as a year-round tourist destination.

She has served for the last 15 years as an elected Rehoboth Beach commissioner. During that tenure, she pushed the state to help fund multi-million dollar streetscape aesthetics and infrastructure upgrades. In addition, she also is currently a board member for the Meals on Wheels LR, CAMP Rehoboth and the Delaware Motion Picture and Television Development Commission.