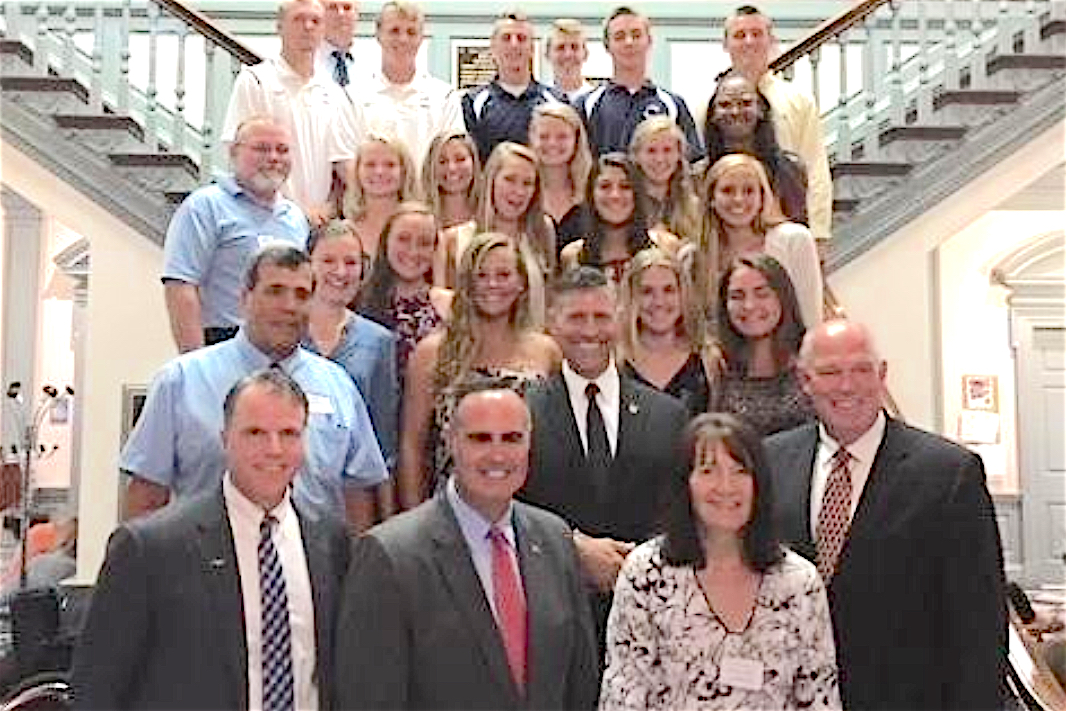 Senator Ernie Lopez was on hand to congratulate award winning teams from the Cape Henlopen School District when they visited Legislative Hall last week.
This was one of the many activities in the last week of this year’s legislative session – so it’s a very busy time.
Historically last week is also a time when many bills are slipped in without following the normal procedure of having a committee hearing first. A bill can be brought up for a vote without notice and without warning.
This is called “Suspending the Rules”. It happened more than a dozen times in the Senate last week.
A list of bills that could be called for a vote are on the Senate Ready List available by clicking here:  Legis.Delaware.Gov
Here are a few examples of bills that could be called up any time:
SB 50 – Allows Delaware Technical and Community College to raise property taxes to raise money for the school. (sponsor: Senator McDowell)
SB 89 – Delaware Laws for Delaware Courts. Requires courts to make their decisions only using the Delaware and U.S. Constitution as their basis rather than looking at decisions made in foreign courts. (sponsor: Senator Lawson)
SB 112 – DE Student Entrepreneur Program Fund. Sets aside money for students from foreign countries (not local students) who attend school in Delaware to start businesses here. (sponsor: Senator McDowell)
SB 170 – Minimum Wage Increase. From $8.25 to $10.25. (sponsor: Senator Marshall)