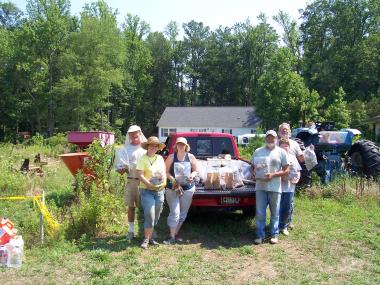 Members and friends of the Rehoboth Beach Historical Society hosts a lecture by the President of the Sussex County Chapter of the Archaeological Society of Delaware at the museum on July 16 at 7 p.m.. President John Bansch will give an update on the progress being made at the archaeological dig in the area of the home site of 17th Century ship captain John Avery. John Avery was born in 1632 in Wapping, England, and became a wealthy settler in colonial Delaware. In 1675, Avery received a land patent titled Avery’s Rest from the Duke of York for 800 acres on Rehoboth Bay. In addition to farming, Avery served as captain of the local militia and the local Justice of the Peace, until his death in 1682. Learn about the recent archaeological excavation of this important piece of Delaware’s history from the 17th Century. The lecture is free for members of the Rehoboth Beach Historical Society, $3 suggested donation for non-members.