Dont believe the old story that you cant get tickets for the Rehoboth Beach Independent Film Festival if you are not a member of the Film Society.

“That information is outdated”, says Sue Early, Executive Director of the Rehoboth Beach Film Society. “It is easier than ever before to get tickets, in fact, we have a Locals Night on Wednesday, November 10th specifically so
that people who live in the area, who are not members of the Film Society can get a taste of the high quality independent film that is screened by the Film Society year-round. Then maybe they will want to become members to support this unique community arts organization.”

Early says that tickets go on sale for Locals Night at 9:30 a.m. on November 1st at the Film Society office and will also be on sale in The Big
Tent – set up by the Film Society for the Festival in back of The Movies at Midway – beginning 2:30 p.m. on Wednesday, November 10th. “Anyone can
buy tickets for any of the eight films being screened on Nov 10th.

Non-members are also welcome to come to the Big Tent each day of the Festival to buy tickets for that day”, says Early. “Yes, some films do sell
out fast, but we screen close to 100 feature films, documentaries and shorts at the Festival and sometimes your second choice film proves to be your best festival experience. They are all excellent films”. Early goes on to say that tickets for “sold-out” films frequently become available in the Big Tent as people who have purchased tickets decide not to use them and turn
them back into the Box Office. When that happens, one of the staff walks through the tent announcing the new availability, much to the joy of people
who were hoping to see that film.

Tickets for each show at the Film Festival are $9.00 for General Admission and $8 for Seniors (60 and older), Youth (11 and under, and Film Society
Student Members. For more information about Locals Night, the Film Festival or Film Society membership, call 302-645-9095, extension 1, or visit www.rehobothfilm.com. 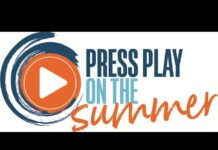