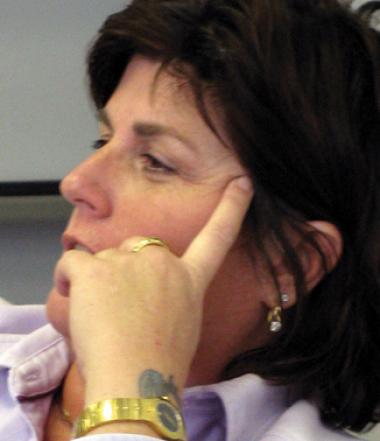 Margaret Reyes, is the Social Justice Chairperson of the Governor’s Advisory Council on Hispanic Affairs. She will lead a panel discussion about immigration in this region and the nation as a whole next April, 16th. at the Milton Theater (110 Union Street).

She talked to us about immigration.

(HOY EN DELAWARE)-Margaret, What do you tell our readers about the immigration reform?

(MARGARET REYES)-That there is still a movement underway to get comprehensive immigration reform passed -the Obama administration said that they would bring it forward and there is a new bill introduced. Both parties must work together to accomplish this- have your voice heard, write, call or fax your congressman or representative and ask for their support for this.

(HD)-Which are the civil rights of legal and illegal immigrants in the United States?

(M.R.)-All people living in the United States are subject to the same laws but are also entitled to the same protections under the law and the same civil rights, regardless of immigration status.

(HD)-Which is the situation of immigration in Delaware? and, in all the country?

(M.R.)-Current trends are showing that many people are leaving and going to other places -whether it be their home countries or another state for work varies- mostly due to the economic situation.

(HD)- Could you clarify some doubts about immigration that many people wonder themselves? Can police go into the illegal immigrants’ home? (If the answer is yes) Under what circumstances?

-With a search warrant

-With an arrest warrant

-Under exigent circumstances (if law enforcement believes a crime is being committed, if someone screaming for help, etc. or following someone suspected of committing a crime runs into a house.

(HD)-What to do if the police stop an immigrant who is illegal while he/she is driving?

(M.R.)-While driving, if you are stopped by the police, stay calm, place both hands on the steering wheel and answer all questions truthfully -if you have a valid driver license in your name you must produce it for the officer -never produce a false document.

If you receive a ticket or other fine and wish to contest it -go to Court, do not argue with the officer at the scene. If you feel you where racially profiled or mistreated you may file a complaint with the police agency -get officers name and badge number. There are also other legal options available to you.

(HD)-Do you think that immigrants bring many opportunities to our economic growth?

(M.R.)- According to the US Chamber of Commerce, the US Congressional budget office and the US Social Security admin -immigration is vitally important for this nation. Many detractors say that undocumented immigrants are a drain on our resources and system but the numbers do not bear this out -according to the social security admin- a full 50-70% of undocumented immigrants pay taxes into a system from which they do not get benefits.

Most studies show that if one where to remove immigrants, many jobs would go with them and there would be an economic failure.