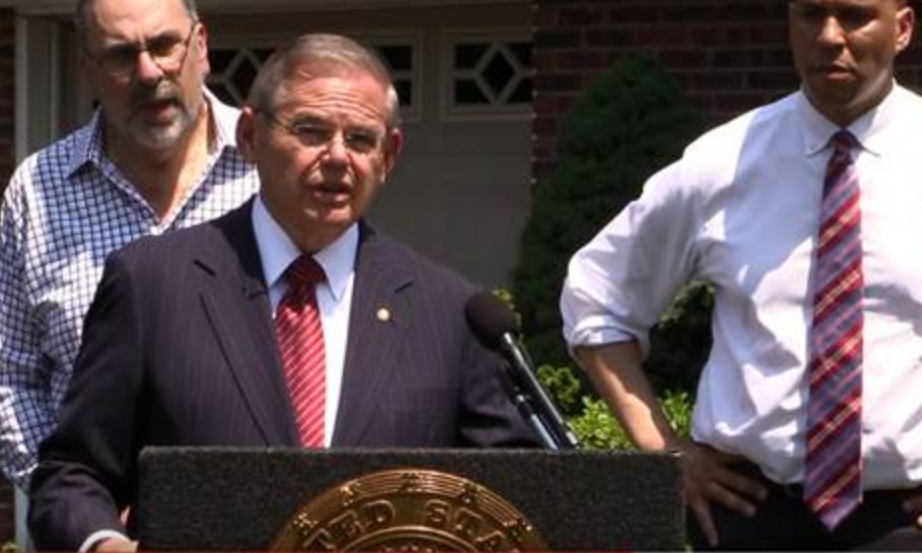 SPRINGFIELD, N.J. – U.S. Senator Bob Menendez, Ranking Member of the Senate Foreign Relations Committee, addressed the growing crisis at the U.S. border caused by the Trump Administration’s policy to separate immigrant families.  Senator Menendez spoke while in Springfield, N.J., as new numbers from the Department of Homeland Security (DHS) reveal that 2,342 children were separated from their parents between May 5 and June 9, an average of 70 children ripped away from their parents every day.

“There’s nothing in the law, nothing in the law, that requires the Trump administration to separate children from their families (…) This is heartless, this is cruel, and so we are going to continue to fight,” said Senator Menendez. “The reason these mothers take their children over a perilous journey is because they live in some of the countries which have the highest homicide rates in the world. So, their choice is a very stark and difficult choice: stay and likely die, or see my daughter raped, or flee and try to live, that’s the stark choice they have, that’s why they’re making this journey, no other reason. Asylum, which it’s been part of the United States law since I can remember it –even before– is an opportunity to make that claim and let the United States know that you have a legitimate fear of your life or liberty at stake. Believe me, these mothers wouldn’t be taking their children on a dangerous journey, thousands of miles, if they had some other choice. So this is, Senator Booker says, shameful. It reminds me of when we interred Japanese, it is going to be one of those blotches in our history that we will come back to understand how wrong it was.”

Menendez has been active in using social media to highlight this issue.

Senator Menendez is an original cosponsor of the Keep Families Together Act, introduced last week by Sen. Dianne Feinstein (D-Calif.) to keep immigrant families together and prevent the DHS from separating children from their parents at the border. All 49 members of the Democratic caucus are supporting the Keep Families Together Act and calling on Republican colleagues who have publicly opposed family separation to support this legislation.