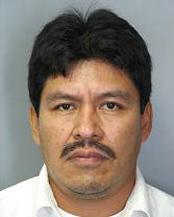 Georgetown – The Delaware State Police have arrested a 39-year-old Milford resident for Theft by False Pretense after he intentionally stole packages he was supposed to deliver for victims. The investigation began on November 16, 2008 after two victims came forward to police and reported Luis D. Bravo, 39 of Milford Harrington Hwy, Milford, had defrauded them.

The investigation revealed on May 29, 2008, Mr. Bravo agreed to mail an $800.00 package for a 34-year-old Georgetown resident (victim) to the victims family members in Guatemala. Mr. Bravo received the package and charged an additional $210.00 for shipping expenses. In total, Mr. Bravo defrauded $1010.00 dollars from the victim to ship the package.

The second incident, which occurred on the same date, involved the similar set of circumstances with a 22-year-old Bridgeville man who wished to ship a package valued at $2100.00 to his family members in Guatemala. In this case, Mr. Bravo informed the victim it would cost an additional $360.00 for shipping expenses. In total, the victim was defrauded $2460.00.

In both cases, the victim’s family members stated they never received the packages, which included clothes and other electronic equipment. Subsequently, the victims began searching for the Mr. Bravo and learned that the phone numbers he provided them were fictitious.

Investigators were able to track down Mr. Bravo and arrest him on November 16, 2008 for two counts of Theft by False Pretense. He was committed to the Sussex Correctional Institute in lieu of a $5000.00 cash only bail. Detectives believe there could be additional victims that have been defrauded by Mr. Bravo. They are asking for any additional victims that have not reported the crime to contact investigators at 302.856.5850 ext.316.