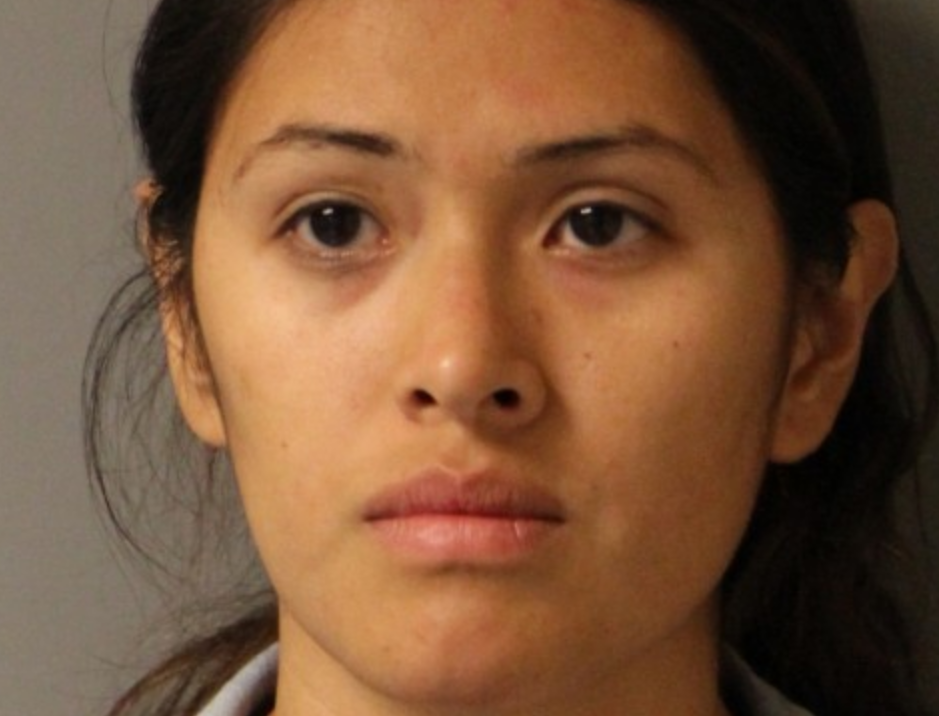 Millsboro- The Delaware State Police have arrested a Millsboro woman after a domestic led to one victim sustaining serious injuries.

The incident occurred on Thursday, August 2, 2018 at approximately 5:21 p.m. when Troopers were dispatched to the area of Phillips Branch Road and Harbeson Road for a fight in progress. Upon arrival, Troopers observed a white Nissan Armada on the edge of the roadway with substantial damage to its passenger’s side, and a Kawasaki motorcycle that was laid on its side. Contact was made with the driver of the motorcycle, a 27-year-old male and his wife, 25-year old Yeiricel Contreras-Garcia, who was standing next to him arguing.

It was learned that Contreras-Garcia had struck the motorcycle with her vehicle (Nissan Armada) because she saw her husband driving with his girlfriend on the back of the bike. After striking the motorcycle, Contreras-Garcia proceeded to engage in a physical altercation with the 28-year-old female of Selbyville, who was riding on the back of the bike.

The 28-year-old female was transported by ambulance to a local area hospital where she was later transferred to another hospital and admitted with serious injuries. The 27-year-old male declined medical treatment at the scene.

Yeiricel Contreras-Garcia was transported back to Troop 7 where she was charged with the following:

Contreras-Garcia was arraigned before the Justice of the Peace Court 2 and committed to the Delores J. Baylor Womens Correctional Institution on $70,000.00 secured bond.