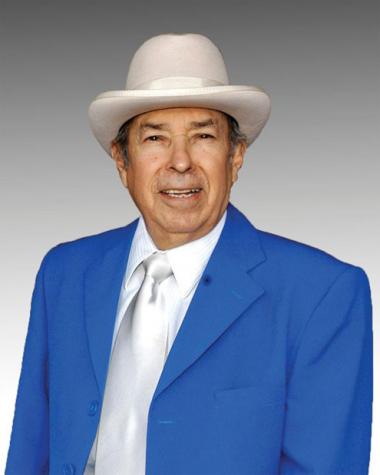 Edmundo “Eddie” Escobedo, founder and publisher of El Mundo Spanish-language newspaper and President of the National Hispanic Press Foundation passed away in his hometown of Las Vegas on October 15, 2010. The Hispanic community has lost a great leader, advocate and businessman.

A former President of the NAHP, Eddie always encouraged youth to go to college and to reach their fullest potential. Through his efforts as the President of the National Hispanic Press Foundation, he raised funds for scholarships and internships. He met with interns and shared his personal story as a way to encourage them and he always noted how if he could live the American dream, they could too. He talked about his beginning from Mexico and living in El Paso, Texas to his days serving our country in the United States Air Force and then becoming a businessman.

In 2008, Eddie Escobedo was awarded NAHPs Lifetime Achievement Award for his dedication to the print industry and his long time strong support of the association.

He not only advocated for Latinos in his home state and the nation, but he taught people how to become engaged in the process and have their vote be counted. Mr. Escobedo organized voter registration events, wrote op-eds encouraging people to vote. It did not take long before El Mundo was the premiere newspaper to communicate to and about the Latinos in Nevada and when it came time to be heard by the Latino voters, all candidates knew that a meeting with Eddie was critical to the Latino vote in Nevada.

Eddies life is a testament to living each day to the fullest while contributing to the health and welfare of others all while being there for your family and friends. He learned about the power of media and after co-owning a Spanish language radio station, he founded El Mundo in 1980. He developed the Escobedo Professional Plaza which is home to the El Mundo newspaper, and also to many other local Latino businesses.

His hard work and philanthropic efforts went beyond Las Vegas. In 2008, a middle school was named for him, a sign of his contributions in Nevada. Eddie also believed in collaboration and created and promoted events that celebrated Latino events for everyone to enjoy – a way for people to get to know each other and learn from each other.

We want to express our huge and sincere loss of our friends passing. We will continue working towards the vision Eddie pushed us all to each day and we do so with his loving son Eddie Escobedo, Jr. who currently serves as our Region 5 Director.

Our prayers are with his wife Maria and his family.