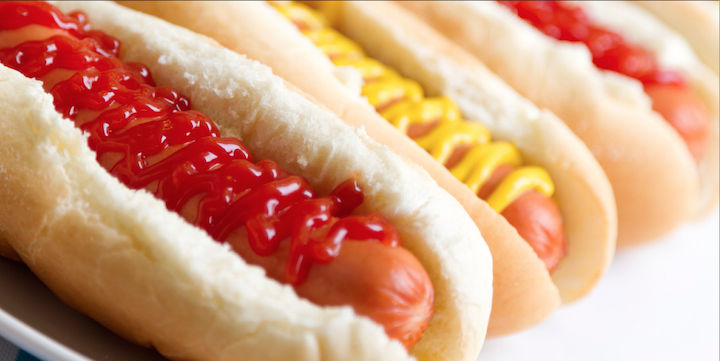 Nathan’s Famous has announced that the official 2016 qualifying tour for the annual Fourth of July International Hot Dog-Eating Contest will kick off in Dover, Del., at Dover International Speedway on October 4.

The official qualifying event, which is among more than a dozen contests that will be held in cities across the United States prior to the July 4 contest, will take place at 12:30 P.M. in Victory Plaza at Dover International Speedway..

The event will feature top-ranked eaters, including “The Lovely” Juliet Lee, a jellied cranberry sauce-eating expert and the ninth-ranked eater in the world, and Brian “Dud Light” Dudzinsky, a corned beef sandwich and pepperoni roll veteran.

The top male and top female finishers will earn a spot to compete in the finals at the original Nathan’s Famous in Brooklyn, N.Y. In recent years, an estimated 35,000 fans have traveled to the corner of Surf and Stillwell Avenues in Coney Island on July 4 to watch the contest in person. The ESPN live telecast of the event has achieved top ratings, attracting millions of viewers each year since it was first aired in 2004.

According to archives, the Nathan’s Famous Fourth of July International Hot Dog Eating Contest has occurred each July 4th in Coney Island, NY since 1916, the year Nathan Handwerker opened the legendary restaurant. Major League Eating, the governing body of all stomach-centric sport, sanctions the Nathan’s Famous Hot Dog Eating Circuit and ensures the contests are judged professionally and that safety standards are in place at each event.

Those interested in competing in the qualifier should visits www.majorleagueeating.com to obtain information and register. All competitors must be over 18 years of age.

Nathan’s currently distributes its products in 50 states, the District of Columbia, Puerto Rico, the U.S. Virgin Islands, Guam, the Cayman Islands and nine foreign countries through its restaurant system, foodservice sales programs and product licensing activities. Nathan’s was ranked #55 on the Forbes list of the Best Small Companies in America and was listed as the Best Small Company in New York State in October 2013. Last year, over 500 million Nathan’s Famous hot dogs were sold. For additional information about Nathan’s please visit our website at www.nathansfamous.com.