Perdue has committed a total of $35,000 to the Foundation’s Chesapeake Bay Stewardship Fund to support habitat restoration and water quality improvement projects on the Delmarva Peninsula. The National Fish and Wildlife Foundation (NFWF) and its federal partners will provide matching funds of at least dollar-for-dollar to further leverage the investment.

“We are thrilled to have as a partner a company with Perdue’s stature and capacity to do good work,” said Jeff Trandahl, NFWF executive director. “Perdue has proven for decades that it can be a driver for the region’s economy. Through its more recent environmental initiatives, we’ve seen that it can bring similar benefits to the region’s natural resources. Our new partnership will strive to maximize the effectiveness of the company’s investment in environmental stewardship, while adding new momentum to the overall effort to revitalize the Chesapeake Bay.”

“The National Fish and Wildlife Foundation has demonstrated its ability to bring together public and private partners,” said Steve Schwalb, Vice President of Environmental Sustainability for Perdue. “This talent, along with its long track record of funding highly successful projects, made NFWF the logical choice for a partner in expanding our investments in the health of the Chesapeake Bay.”

“The projects supported by these grants will be both very creative and help fulfill priority strategies for restoring the Chesapeake Bay. We look forward to announcing the grant recipients later this summer,” said Mike Slattery, director of the NFWF Eastern Partnership Office. “Bringing back the Bay will take creative approaches to complex problems, along with continued support from corporations like Perdue that realize their business success, and the health of the communities in which we live, are inextricably linked to the vitality of the Chesapeake Bay watershed.” 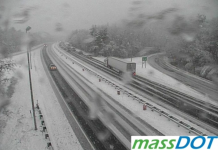