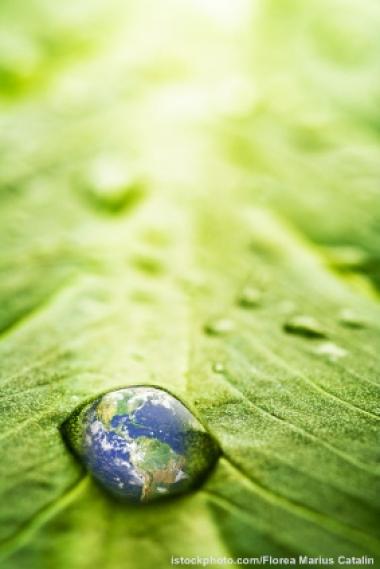 (Para leer la versión española ir a Noticias relacionadas).
Bogota, Colombia- For a woman to become a mother is a blessing, but to be a child is a responsibility. For centuries, we have talked about Mother Nature as a protective being, but are we taking care of her?

A constant reflection that ecologist make every day is the destruction of nature, precisely because the processes of industrialization have not properly cared for the resources that have been extracted. We should all do our part to protect the planet.

In Colombia, there is an ancient indigenous community with a special vision of the Earth and the species that live on it. For the Muisca-Chibcha, human beings have a responsibility to communicate and understand plants, animals and all living beings in general, even rocks. That is why talking about biodiversity for them is like breaking up Mother Nature, because there is no integration.

Suagagua Ingativa, the leader of the Muisca-Chibcha community, does not see the question in terms of biodiversity. He declares, “I would not talk about biodiversity, but rather about Mother Nature. Human beings have a responsibility to themselves: to recognize themselves as one of the first species on the planet.”

For this community, all human beings have three mothers.

“The first one is our birth mother; the second is mother earth or oxygen, because before, we were in a womb of water, and now we are in a womb of oxygen; and the third one is the spirit mother, which is death,” Suagagua Ingativa said.

Care is based on preserving oneself and others by using everything in nature, but maintaining a balance. For the Muiscas, the use of the Earth is not a crime, but it is if it is done aggressively: we are violating our mother and that is not right. According to Suagagua, the problem today is that “we are breaking everything into pieces in the name of the economy and a development which is not really development at all because it is not focused on natural laws, but mechanical ones.”

The world must concentrate on promoting non-violence among human beings, a culture of non-aggressiveness toward other human beings and work on three levels.

Our ancestors remind us that because we are Mother Nature’s children, we are beings in a state of constant renewal. The human being as a child has inherited an essential characteristic: just like nature, “each place has a memory, and we cannot regret anything, because what it is done is done.”

A clear example of this is that the forests are constantly being destroyed and thousands of tree planting campaigns are being promoted, but for the Muiscas, nobody has realized that this is not the root of the problem. “What we have to recover is the human species, which is the planet’s structure,” the indigenous leader says.

Although ecologists make efforts to protect defenseless species, Suagagua thinks that “it is extremely important to make a great investment in human ecology, in transforming human beings’ way of thinking when it come to the moderate use of natural resources.”

Indigenous reflection goes beyond what has always been said. For this community, the economy has many factories, but none for water, Suagagua explains. “If water factories existed, we would not be scared because it would be possible to build them, but it is not true; they do not exist. What we have is a life cycle that needs to be understood, respected and made sustainable,” the leader declares.

According to the ancestral teachings of the Muisca-Chibcha, concern should not be focused on ecological campaigns, because as Suagagua explains, biodiversity is not something separate from us. We are part of it, because we are all children of the same mother: nature.

The three levels of non-violence against the mother:

– Heal the mind’s way of seeing and thinking about nature