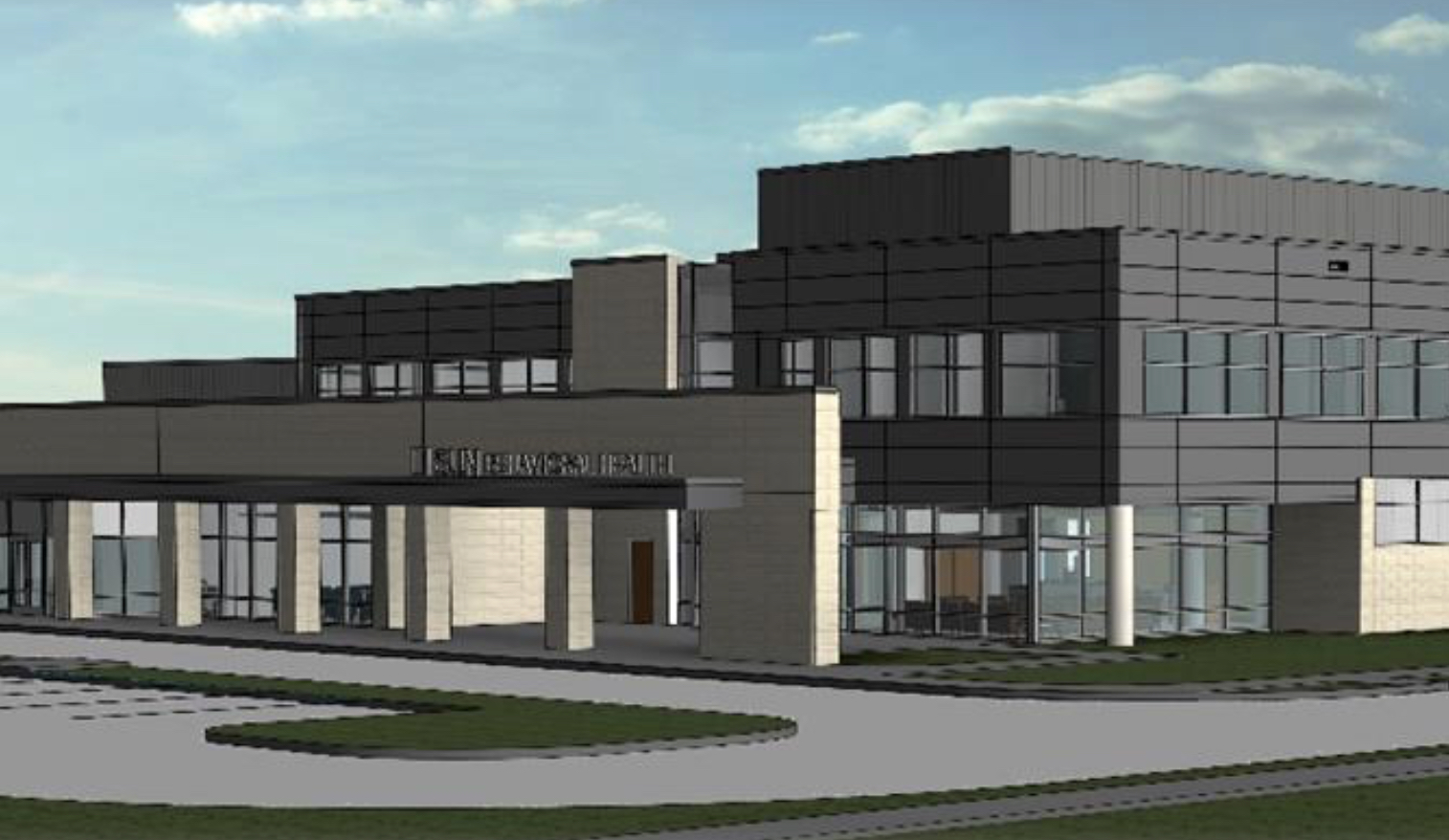 Real Estate Development firm the ONIX Group of Kennett Square, PA announced the ground breaking of a 90-bed, 2-story, 93,000 square foot inpatient hospital to be located on its College Park Retail & Office campus in Georgetown, Delaware. The hospital, specializing in behavioral health, will be owned and operated by Sun Behavioral Health –a Red Bank NJ based healthcare organization with several other hospitals across the country including inpatient hospitals in Columbus OH, Houston TX and Edgewood KY.

The newly constructed $25 Million center will be built on approximately 6 acres of land at the College Park campus in Georgetown, directly across from the Delaware Tech Community College on Route 404. It is estimated that the project will take approximately 18 months to construct and will open for patient admissions in May 2018. The healthcare facility was located strategically at the crossroads of Routes 404 and 113, making it easily accessible from Eastern and Western Sussex County, Kent County and neighboring Maryland counties.

The facility will feature several inpatient units, recreational areas, an outdoor courtyard and various treatment and support areas. It is anticipated that 150+ healthcare and support services jobs will be created and that the center will care for thousands of patients in its opening months.

The project is the first of its kind in over 40 years in the State of Delaware and tremendous community support in lower and central Delaware was realized during the approval process, as community and healthcare leaders cited a lack of services in the immediate area and the need to transport patients in some cases more than 2 hours out of the state for care.

Delaware Governor Jack Markell was the keynote speaker at the Ground Breaking Ceremony in Georgetown on November 2nd. Other dignitaries included the director of the Delaware Economic Development Office Bernice Whaley, Mayor of the Town of Georgetown Bill West, and several legislators that sponsored Senate Bill 226 AN ACT TO AMEND TITLE 16 OF THE DELAWARE CODE RELATING TO HEALTH PLANNING AND RESOURCES MANAGEMENT, which helped make the Sun Health project possible.

Project feasibility was greatly enhanced by the approval of a performance-based grant from DEDO which will support staffing the new facility.