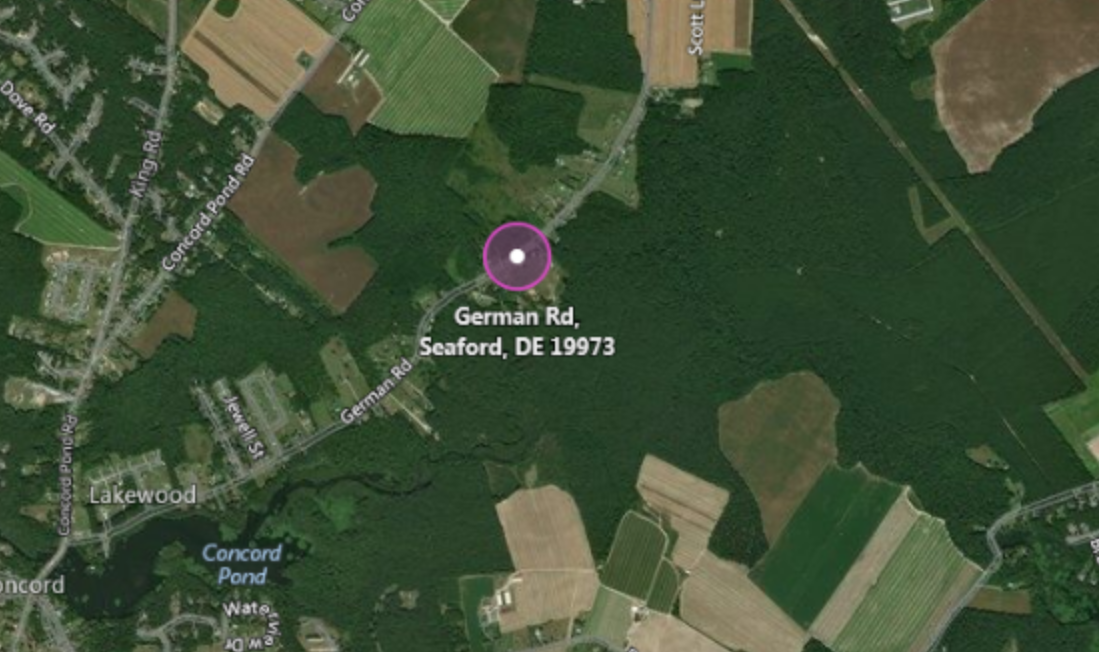 Preliminary investigation indicates the crash occurred on Thursday, April 12, 2018 at approximately 5:05 p.m. as a white, 2002 Mazda Protégé was traveling northbound on German Road, approximately .7 miles south of Old Furnace Road. The 9-year-old child that resides on the east side of German Road had just finished checking the mailbox and was walking back to her residence when she was struck by the Mazda.  The Mazda continued northbound, fleeing the scene.

The 9-year-old sustained major injuries and was removed from the scene by the Delaware State Police helicopter.  She was flown to A.I. Dupont Children’s Hospital where she was listed in critical conditions.

Through investigative measures, Troopers located the operator of the Mazda, a 21-year-old Seaford man.  Charges have not been filed at this time.

German Road between Concord Pond Road and Old Furnace Road was closed for approximately 4 hours while the crash was investigated and cleared.

The Delaware State Police Collision Reconstruction Unit is continuing their investigation into this incident, and asked anyone with information to please contact Master Corporal J. Burns at 302-703-3266.  Information may also be provided by calling Delaware Crime Stoppers at 1-800-TIP-3333, via the internet at www.delaware.crimestoppersweb.com