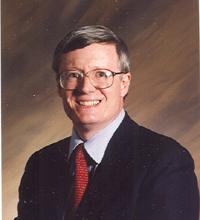 In addition to the fact that the supreme law of the land, our U.S. constitution, does not authorize the government takeover of medicine, or government intrusion and meddling in the practice of medicine, ObamaCare will make medical care:

.It will destroy innovation in the insurance market

.It will discriminate against those who believe in self-reliance and working hard to get ahead

.It will put our budget and economy on a path of unsustainable debt and destruction

ObamaCare will create a new federal bureaucracy of unelected bureaucrats who will impose rigid price controls on health insurance premiums as a means of dealing with the expected increase in premiums the government takeover of medicine will cause.

Price controls, however, always result in rationing and decreased access to whatever service or good is being price-controlled.

And, when private insurers have been driven out of business, a so-called public option will be the only option.

ObamaCare will dictate what insurance coverage is acceptable to the government and what coverage is not acceptable. The ability of the insurance market to offer innovative coverage that individuals want at a competitive price will be thwarted.

Government price-fixing in the Medicare program has led to covert rationing of care for Medicare patients and poorer quality care. As a result of government impeding and obstructing nearly every aspect of the practice of medicine in the Medicare program, physicians and their office staff often spend more time complying with thousands of pages of ever-changing Medicare rules and regulations than they spend treating patients. And, the Medicare bureaucracy which runs the entire muddled “system” is incompetent to a degree which would shock most people.

According to the government’s own GAO study, Medicare bureaucrats provide the wrong answer 96% of the time when physician offices call Medicare with questions about proper billing procedures.

ObamaCare will also mount a new assault on the American Dream of self-reliant people working hard and sacrificing to get ahead.

ObamaCare will impose new taxes on unearned income which will result in the grubbing hand of the federal government reaching deeper into the pockets of citizens who worked hard and have saved for their future needs.

No savings account or pension plan will be left behind, in government’s quest to confiscate and re-distribute wealth under ObamaCare.

ObamaCare will put our budget and economy on a course of unsustainable debt and ultimate destruction.

ObamaCare proposes to pay for the government takeover of medicine with “savings” in Medicare and increased taxation.

Proposing to help pay for the government takeover of medicine via money “saved” from a fraudulently financed Ponzi scheme, otherwise known as Medicare, which is already facing insolvency, is the height of irresponsible government.

And, the limits of oppressive taxation are already apparent to many hard-working Americans.

ObamaCare’s proposed expansion of Medicaid will place a further intolerable burden on state budgets that are already strained to the limit. There simply is no more “state money” to pay for more unfunded federal mandates.

As social democrats trudge forward in utter arrogance to force citizens to accept a government takeover of medicine run by unelected government tyrants, those who cherish freedom and who still believe in upholding the U.S. Constitution as written, deserve better.

(Lawrence R. Huntoon, M.D., Ph.D. is editor-in-chief of the Journal of American Physicians and Surgeons and a board-certified neurologist, who practices in the Buffalo, New York area.)

(Lawrence Huntoon, M.D., Ph.D. is a board-certified neurologist who runs a third-party-free practice in Derby, New York. Dr. Huntoon earned his M.D. and Ph.D. degrees from Louisiana State University Medical Center in New Orleans. In 1980, he received the highest award offered to LSU graduates, the Chancellor’s Award for scholarship, leadership and professional excellence. He completed his internship and residency training at the Dent Neurologic Institute at Millard Fillmore Hospital in Buffalo, New York. Dr. Huntoon is a past president of the Association of American Physicians and Surgeons (AAPS), and is currently serving his fourth term on the AAPS board of directors. Dr. Huntoon is also editor-in-chief of the Journal of American Physicians and Surgeons, a position he has held since 2003. Dr. Huntoon has written and lectured extensively on medical care issues and the importance of the patient-physician relationship.)