MIAMI, FL – The DREAM Action Coalition condemns the despicable amendment and its effort to defeat it. Most importantly, we want to emphasize that we will continue to remind Republicans, specially Florida Senator Marco Rubio, and Democrats, specially Senator Chuck Schumer, that its not just passing a immigration bill that is important, but also the manner in which the bill is passed. That is what really matters to our community.

The Corker-Hoeven amendment blows a $50 billion dollar hole in our government’s budget for 20,000 more border patrol agents, 700 miles of border fence and a more militarized border in general: setting aside the fact that we are still making painful cuts in social programs as the same characters who call for this amendment call for “austerity,” this is a large enough tab that the American people do not want to pick it up.

“If Governor Jan Brewer from AZ supports this efforts, it means there is something too extreme happening here” said Cesar Vargas, Director of DRM Action Coalition.

As the House of Representatives readies itself for it’s own debate on immigration, we hope that our leaders will keep in mind that the Gang of 8 bill was already a compromise, debated for months with many different groups, ultimately struck between the two parties. What has happened since it’s unveiling has been a constant dragging of the bill to the right. ON BORDER SECURITY: ENOUGH IS ENOUGH! 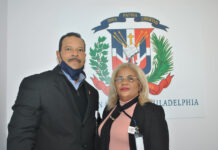