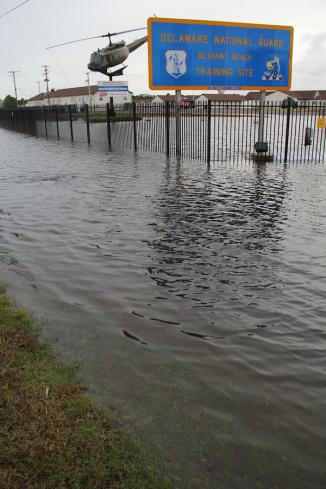 Wilmington, DE – With Hurricane Sandy passed and damage assessment and recovery underway, Governor Jack Markell removed the Level 1 driving warnings across the state as of 5 p.m. Tuesday, though he warned the public to remain cautious of closed and flooded roads in some parts of the state.

Under the continued Sussex state of emergency and evacuation order, State Police, local police and National Guard personnel manning barricades will continue to restrict access to areas deemed unsafe. Flooded areas along the coast will be subject to the high tide cycle Tuesday night that could make those conditions even worse before waters recede.

Sussex residents who have questions about whether their community has been cleared can contact the Sussex Emergency Operations Center at (302) 856-7366. Local emergency officials in Wilmington, New Castle County and Kent County have lifted evacuation orders for communities in those areas, though residents can call 576-CITY for Wilmington, 395-5555 for New Castle County and 735-3465 for Kent.

Markell expressed his sincere thanks to the first responders, volunteers and critical personnel who worked throughout the storm in operations centers, shelters and especially those out on the state’s highway, communities and coastline to prepare, respond and recover. He also thanked members of the media who helped keep the state’s residents up-to-date throughout the storm.