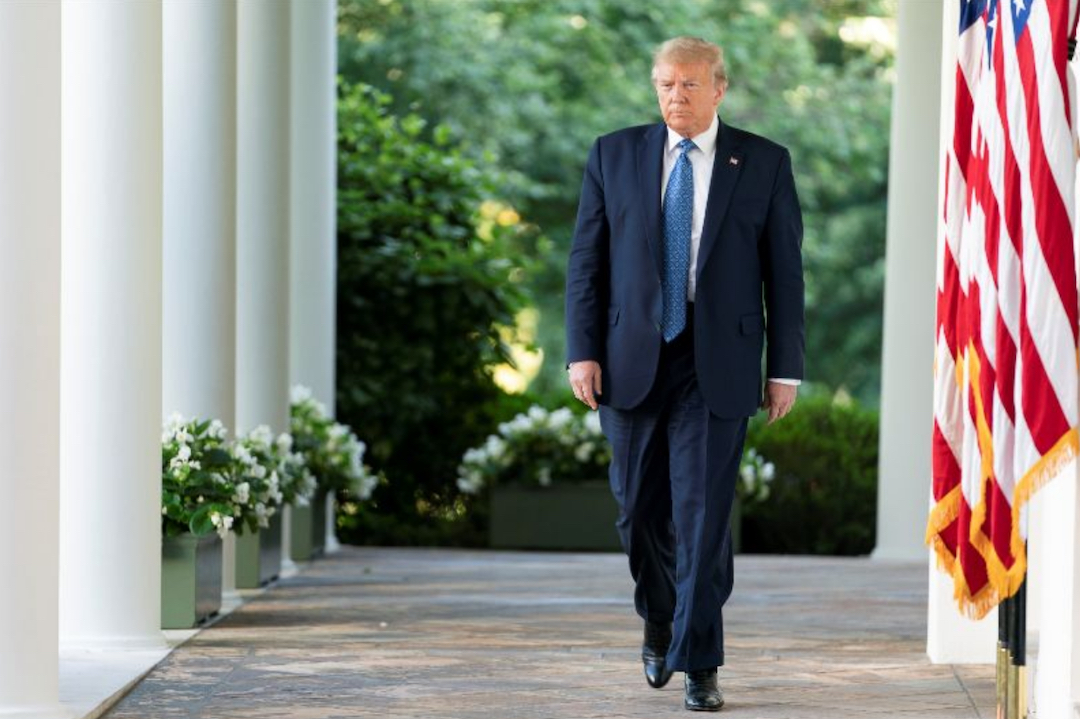 WASHINGTON DC (June 1) – President Trump was appalled last week by the tragic killing of Minnesota resident George Floyd. Together, thousands of Americans spoke out against this injustice and sought to make their voices heard through peaceful, lawful protest.

Then, what should have been a solemn moment of national reflection was upended by some of the worst elements of society.

Here is what President Trump just told the Nation:

“My Administration is fully committed that for George and his family, justice will be served. He will not have died in vain. But we cannot allow the righteous cries of peaceful protesters to be drowned out by an angry mob.
. . .
Innocent people of have been savagely beaten, like the young man in Dallas, Texas, who was left dying on the street. Or the woman in upstate New York, viciously attacked by dangerous thugs. Small business owners have seen their dreams utterly destroyed. New York’s Finest have been hit in the face with bricks. Brave nurses, who have battled the virus, are afraid to leave their homes. A police precinct station has been overrun. Here in the nation’s capital, the Lincoln Memorial and the World War Two Memorial have been vandalized. One of our most historic churches was set ablaze. A federal officer in California, an African-American enforcement hero, was shot and killed.

These are not acts of peaceful protest. These are acts of domestic terror.

Violence against any American will never be tolerated. Tonight, President Trump announced executive actions to stop the rioting and restore safety to our cities.

First, he recommended every Governor deploy the National Guard and establish an overwhelming law enforcement presence until the violence has been quelled. If a city or state refuses to take action, then the U.S. Military will be deployed.

The President also announced decisive action to protect Washington, D.C., and our cherished national monuments. “As we speak, I am dispatching thousands and thousands of heavily armed soldiers, military personnel, and law enforcement officers to stop the rioting, looting, vandalism, assaults, and the wanton destruction of property.”

Every rioter and instigator will be prosecuted to the fullest extent of the law. Organizers of violence and terror will face lengthy and severe criminal penalties.

“I take these actions today with firm resolve, and with a true and passionate love for our country. By far our greatest days lie ahead.”