Historian and lecturer Syl Woolford will present “The Women’s Suffrage Movement Below the Color-line” on Sunday, February 16, 2:00-4:00 p.m., at the Lewes Public Library, 111Adams Avenue, Lewes. The League of Women Voters of Sussex County DE, the Southern Delaware Alliance for Racial Justice, and the Lewes Public Library are hosting the program in observance of Black History Month and the 100th anniversary of the 19th Amendment.

Although often overlooked in the history of women’s suffrage, African American women engaged in significant reform efforts and political activism leading up to ratification of the 19th Amendment, which finally acknowledged a woman’s right to vote. Black and white women worked side by side from the earliest years of the suffrage movement until the movement splintered over the issue of race following the Civil War. African American women formed their own organizations to continue their efforts to secure the rights of all women—and men. After ratification of the 19th Amendment in 1920, the battle for the vote ended for white women; for African American women the outcome was less clear.

Recognized by the Delaware National Education Association and the NAACP for his contribution to the preservation of African American history, Syl Woolford is a member of the Delaware Heritage Commission, the Historical and Cultural Affairs Collections Committee, the Historic Preservation Fund, and the Wilmington University History Committee. 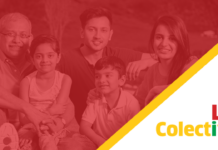