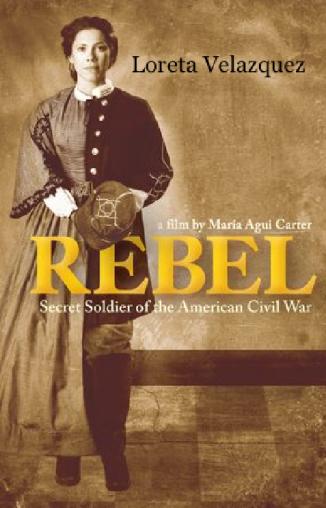 REBEL is the story of Loreta Velazquez, Confederate soldier turned Union spy. She was dismissed as a hoax for a hundred and fifty years, but new evidence shows Loreta, a Cuban immigrant from New Orleans, was one of an estimated 1,000 secret women soldiers of the American Civil War.

Deftly weaving lush dramatized scenes of Loreta’s riveting tale, vivid storytellers, archival material, and animation, this is a film about a woman, a myth and the politics of national memory.

Who was Loreta Velazquez? Why did she fight? And what made her so dangerous she was erased from history?