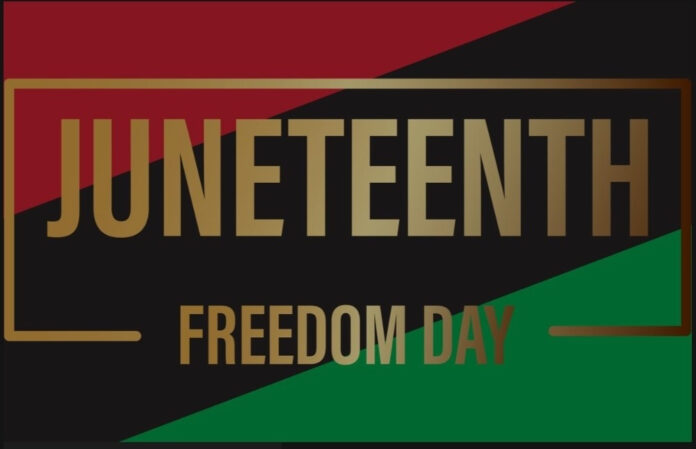 The observance — which marks the day in 1865 that enslaved people in Texas were notified of their freedom and celebrates the end of slavery in the U.S. — serves as a vivid reminder to advance racial equity in health care, education, employment, housing and justice. So Juneteenth commemorates when the last enslaved African Americans in our nation were emancipated, on June 19, 1865, more than two years after the signing of the Emancipation Proclamation on January 1, 1863.
This day is an opportunity for Our Constituents to celebrate and learn more about this chapter in our country’s history.
Presently, Delaware is one step closer to recognizing Juneteenth as a holiday for state workers after the House Administration Committee released my HB 119 today Jun 17, unanimously.
Rep.Sherry Dorsey Walker gives a special thank you to the House Administration Committee Members. By placing Juneteenth on the same level as other holidays such as Independence Day, Thanksgiving and Rev. Dr. Martin Luther King Jr. Day, “we would be showing the significance of this day and what it means to Black people across our state and nation” said Rep. Walker. She looks forward to the General Assembly approving this bill so that Delawareans can permanently recognize Juneteenth in Delaware.

Meanwhile, President Joe Biden announced –and signed– today (June 17) the new federal recognition for Juneteenth that it has been a long time coming, and is well overdue.

It is one step to embrace racial equity now and forever. The new holiday will be known as Juneteenth National Independence Day.

We thank Congress for passing legislation Wednesday (June 16) to make June 19th a federal holiday. With President Joe Biden’s signature today, Juneteenth will become the 12th federal holiday and the first one since lawmakers voted to establish Martin Luther King Jr. Day in 1983. As the 19th falls on a Saturday this year, most federal employees will observe the holiday tomorrow, according to the U.S. Office of Personnel Management.