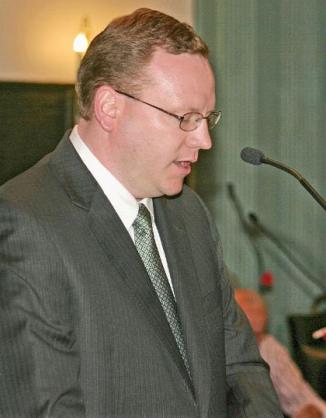 Dover – (May 26, 2011) – The public hearing on the House Majority plan to re-draw the state’s 41 representative districts lasted less than an hour, but despite the brevity there was ample criticism of the proposal and the method used to produce it.
Like 37 other states, redistricting in Delaware is handled by the state legislature and controlled by the majority political party. Democrats hold majorities in both chambers of the General Assembly.

Carol Jones, president of the League of Women Voters of Delaware, said her organization would like to change that system. “We feel a non-partisan, independent [redistricting] commission would have a more general perspective. … I think a better job could be done by a group of independent citizens,” she said.

Political blogger Nancy Willing told State House Majority Leader Pete Schwartzkopf (D-Rehoboth Beach), who presided over the hearing, that Delaware should enact legislation creating such a commission: “So that going forward, 10 years from now, we can rest easy that our state is doing the right thing.”

According to the National Conference of State Legislatures, there are 12 states that give authority for legislative redistricting to a group other than the legislature.

But in the present, the plan being proposed by the House Democratic Majority was roundly criticized at the hearing for its alleged political considerations.

“If fairness and equity are the aim of this process, then the process has failed,” said State Republican Party Chairman John Sigler.
Although federal law bars districts from being drawn in such a way that disproportionately gives advantage to one political party, Sigler said the maps proposed by the House Democrats seemingly violate that mandate.

“In the State House of Representatives Republicans hold only 15 of 41 seats, or less than 37-percent of the total,” Sigler said. “But of the six incumbents with current home locations that would place them into a proposed representative district with another incumbent, four, or about 67-percent, are Republicans. Additionally, all four Republican incumbents were drawn into districts with another Republican.”

Sigler said the maps have also been carefully crafted to eliminate strong 2010 Republican House candidates from districts now held by the Democrats against whom they ran. He said Republicans Judy Travis, Terry Spence, Beth Miller and John Marino have all been drawn out of the representative districts in which they campaigned last fall.

Lance Bruce, who is part of the National Association for the Advancement of Colored People (NAACP) Redistricting Committee, said his organization was concerned the House Majority plan counts inmates in the state’s prisons as residents of the district in which the prison is located and not their home district – a problem that can skew minority representation.

The General Assembly passed a law last year to require that prisoners be counted as residents of the districts in which they lived before they were incarcerated, but when lawmakers learned the statute could add weeks to the redistricting process they voted to delay implementing the law until the next redistricting in 10 years.

“We’re looking for fairness and equity across the board in the State of Delaware when it comes to minorities: African-Americans, Hispanics and other cultures,” Mr. Bruce said.

On that subject, State Rep. Lincoln Willis (R-Clayton) said an alternative redistricting plan being offered by House Republicans does a better job at giving minorities the political clout to which they are entitled.

The new House Republican plan contains three majority-minority districts (RDs 1, 2 & 16), one coalition district (RD 5), and six influence districts (RDs 4, 13, 18, 26, 31 & 32).
“This is a total of 10 districts where minority groups would have a loud voice in selecting who should represent them in the State House,” Rep. Willis said.

“This is twice the number of such districts enacted in 2002 and one more than is proposed in the House Democratic plan.”

In late April, members of the Hispanic Redistricting Task Force urged legislators to make Georgetown a part of a single representative district to maximize the influence of the area’s Hispanic community. The request was in keeping with federal guidelines for drawing new district lines, which requires mapmakers to “keep communities of interest together.”

The new 37th District contained in the House Democrats’ plan disperses minority voting power by excluding African-American and Hispanic residents living just outside of Georgetown. The Democratic plan for the 37th has a combined minority coalition population of 29.2 percent.

In contrast, the Republican plan for the district has a coalition minority population of 37.5 percent, including a Hispanic population of 22.8 percent.

“The House Majority plan should adopt the lines of the 37th District suggested by House Republicans,” Rep. Willis said.

Georgetown resident Robert Van Pelt, who spoke at the hearing, said he supports the Republican map for the 37th District because it is logically drawn and makes an attempt to maintain much of the current population within the new district.

He said the House Democrats’ plan would remove most of the district’s current residents, replacing it with a radically redrawn map that resembles “a landing strip” and appears to be crafted for political advantage.

Michael Stefano of Camden offered a similar opinion to those at the hearing: “However you chose to rationalize it, those in favor of these new district maps promulgated by the Democrats are more concerned with their party’s consolidation of power than the makeup of our citizenry after this last Census.”

Rep. Schwartzkopf said the legislation to make those maps law would be introduced shortly and would be assigned to the House Administration Committee.

The House of Representatives returns to work on Tuesday for five weeks of action concluding the 2011 legislative session on June 30th. The redistricting bill is expected to be worked in the House sometime during the first two weeks of June. 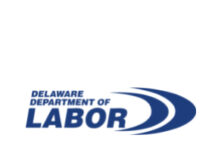