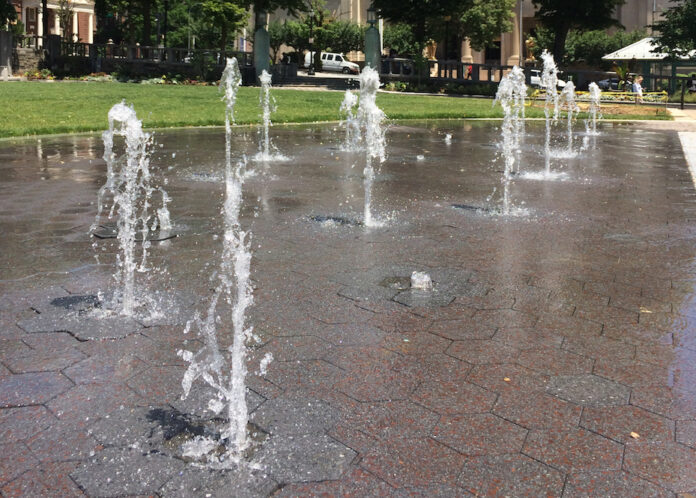 A new display and splash fountain were officially opened, on Wednesday, June 2nd at 11:00am in Rodney Square.

At the same time Mayor Mike Purzycki and The Rodney Square Conservancy announced the return of the Downtown Farmer’s Market after a COVID-year absence, and an expanded Citywide outdoor dining program was announced.