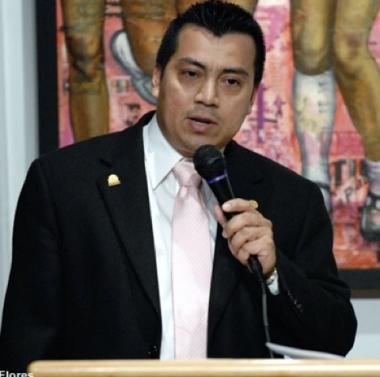 Washington, D.C. (ConCienciaNews) – He studied medicine in his home country of El Salvador, but he was also able to take advantage of the existing resources abroad in order to pursue his career. Nowadays, surgeon Leonel Flores shares his knowledge with the people who need it the most: the members of his Hispanic community in Washington, D.C.

Flores is currently the president of several Latino organizations, such as La Clinica del Pueblo, the largest provider of HIV and AIDS services in the metropolitan area of the American capital. There, he combines his two passions for his community’s progress: medicine and scientific research.

“Ever since I was a child, I never considered another career but medicine,” Flores said. “Since I was seven, my parents started buying me white shirts.”

Like many of his patients, many of which are his fellow countrymen, Flores is the son of a Salvadoran immigrant who went away to the United States when Flores was still a little boy in order earn money to pay for his medical studies in El Salvador.

Because he was born in a family with limited resources, it was a challenge for Flores to study for a career that he could not practice immediately after finishing. However, his excellent grades in high school foreshadowed a successful university future. When he was 32 years old and already a well-known doctor in his country, he went to New York as part of a diabetes and hypertension research program.

Flores attributes his success to a simple formula: perseverance, consistency and responsibility. This is the message that young Latinos need to hear from their parents and mentors so that they too can pursue careers in medicine and science.

“There are important points that young people need to take into account: your youth goes by quickly,” Flores said. “The most important thing is to focus. If a young person chooses well, he or she is going to see good results.”

However, unlike previous generations, young people should no longer be forced to pursue a career. Instead, they should be made to understand that there are many choices and that each of them has different results. According to Flores, this is the how they learn to make their own decisions, “because parents cannot be with them all the time.”

Education needs to be the key element in the choices that lead to the best results. “The more education you have, the more likely you are to succeed,” he said. He also mentioned other factors that are not as obvious to people, such as community service, for example, or not limiting children just because their parents are scared they might fail.

“Parents must believe their children are the best and that they can make it, just as many other immigrant have done,” he said.