Africa is home to six of the ten fastest-growing economies in the world and is a critical emerging market for American businesses.

“This report offers specific, concrete recommendations to meet the need for increased economic engagement in sub-Saharan Africa. If we don’t take action now to invest in trade and development across the continent, we will fall behind our global competitors and potentially shut American businesses out of these fast-growing markets for decades to come.”

This report analyses the findings of these hearings and provides a roadmap for developing a more cohesive, effective strategy for U.S. economic engagement with Africa in both the public and private sectors.

· Support African-led efforts to improve the business climate on the continent and remove barriers to trade;

· Reauthorize and strengthen AGOA to diversify exports, expand country and product coverage, and increase its mutual benefit well in advance of its expiration in 2015;

· Increase the presence of U.S. Foreign Commercial Service Officers in Sub-Saharan Africa to help U.S. companies navigate the business climate in the region;

· Engage the African diaspora community in the United States to strengthen economic ties.

“The Chamber and our membership are extremely encouraged by the leadership that Senator Coons has shown in driving home point that Africa’s development will be accomplished through greater economic investment by U.S. companies,” Scott Eisner, Vice President for African Affairs, U.S. Chamber of Commerce said.

“This report establishes a terrific benchmark to guide Congress and the administration on the next generation of Africa trade policy.

The business community will continue to work with Senator Coons and like minded members of Congress and the administration on an economically driven, private sector led policy for this country’s engagement with key African markets.”

“We think all six are vital and are at the heart of the issues that separate the U.S. from becoming far more engaged in Africa. The reality is that Africa is of far greater importance to the United States than most people realize, and we need to make Africa a national priority economically, politically and socially.”

Engagement with Africa is critical to America’s economic interests now and in the years ahead. Meeting Africa’s growing demand for American goods and services will strengthen our economy, help U.S. businesses grow and create jobs here at home. In addition, greater attention to Africa is required in the security sector as well, in order to keep our country safe and meet increasingly complex global security challenges.

Senator Coons recently returned from a congressional delegation visit to South Africa and hosted his second annual Opportunity: Africa conference to give Delawareans a seat at the table with some of the nation’s leading voices on sustainable development and trade with Africa. 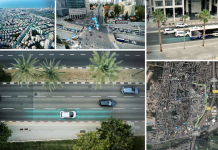