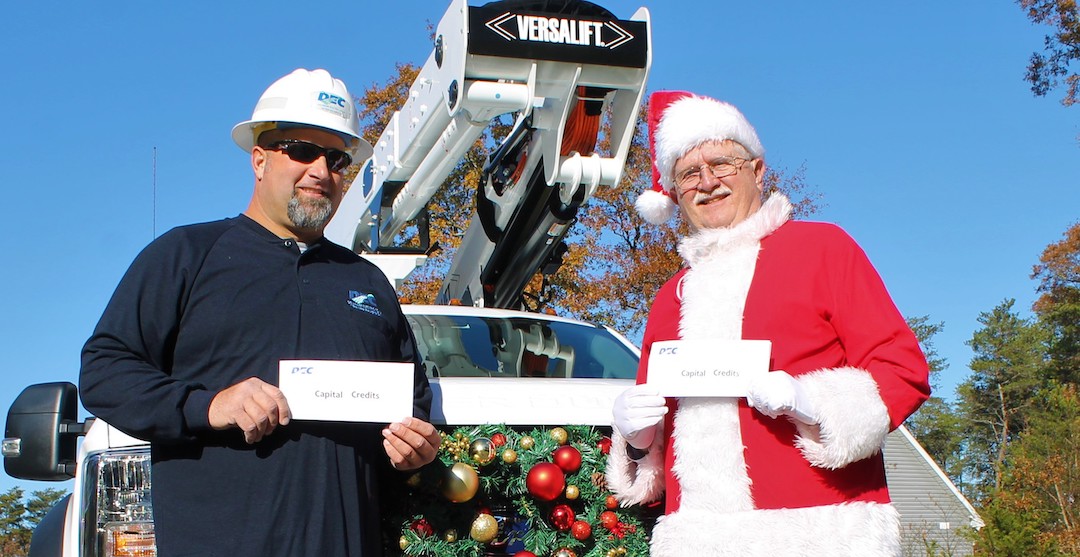 GREENWOOD, Del.- Delaware Electric Cooperative’s (DEC) Board of Directors has voted to return $6.3 million in capital credits to the Cooperative’s member-owners in December. Capital credit refunds are also known as the Co-op’s profits or margins. Because DEC is a not-for-profit utility, margins are returned to the people the Cooperative serves.

To receive a billing credit or check from the Cooperative, you must have been a Delaware Electric Cooperative member in 2008. If a member has an eligible capital credit of $100 or higher, they will receive a check. If their allocated capital credit amount is less than $100, a member will receive a credit on their bill. Members who had an active account in 2008, but are no longer served by DEC, will also receive a check for their portion of the retired capital credits. DEC expects to distribute checks or billing credits to more than 60,000 members this Christmas season.

According to Bill Andrew, President and CEO of DEC, “We hope the return of millions of dollars to members will brighten the holiday season for thousands of people in Delaware. The annual refunds we provide to members highlight a major advantage of our not-for-profit business model. We’re focused on people, not profits.”

Over the past seven years the Cooperative has returned nearly $37 million to members.

Newer members who were not served by DEC in 2008 will also eventually receive capital credits, but it may take a few years. Capital credits are considered to be a return on the members’ investment in the system. Each month members pay their electric bill, they are helping to pay for improvements to the system that keep the lights on. The immediate payback is in the form of increased reliability and low rates.

After about 10 years, members begin seeing an even greater return on their investment in the form of either a yearly billing credit or a check from the Cooperative. Members don’t receive a refund the first few years because it wouldn’t be fair to the older members who have paid for the current electrical system.

Each generation of Cooperative members contributes, builds equity in the Co-op and then is rewarded with a capital credit refund. This system is unique to cooperatives.

Anyone with questions about their capital credit refund should call the Cooperative at 855-332-9090.

Delaware Electric Cooperative is a member-owned electric utility powering more than 100,000 homes, farms and businesses in Kent and Sussex Counties. For more information, visit us on the web at www.delaware.coop or www.beatthepeak.coop or follow us on Twitter and Facebook.

*Photo Caption: DEC lineman Shane Payne poses with DEC President and CEO Bill Andrew, who is dressed as Santa Claus to announce the return of capital credits to Co-op members. 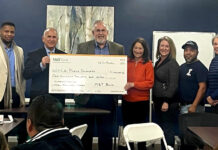