The 2021 Slam Dunk to the Beach was recently held at the Cape Henlopen High School in Lewes, Delaware. Top high school teams from throughout the nation gathered December 27-29 to do battle on the basketball court. Elijah Perkins excites the crowd with a massive slam dunk punctuating Camden’s (NJ) 73-41 drubbing of Archbishop Wood (PA).

Several match ups were exciting, but the game of the tournament featured Bergen Catholic (NJ) vs. National Christian Academy (MD). In this nail biter, the Crusaders of Bergen Catholic held off the hard charging Eagles of National Christian to secure a 62-60 victory. Rob Lawson paced the Eagles with 15 while Isaiah Coleman added 14. The Crusaders were led by a balanced attack including Julian Brown, Elias Espinoza and Will Richardson who combined for 35 points. 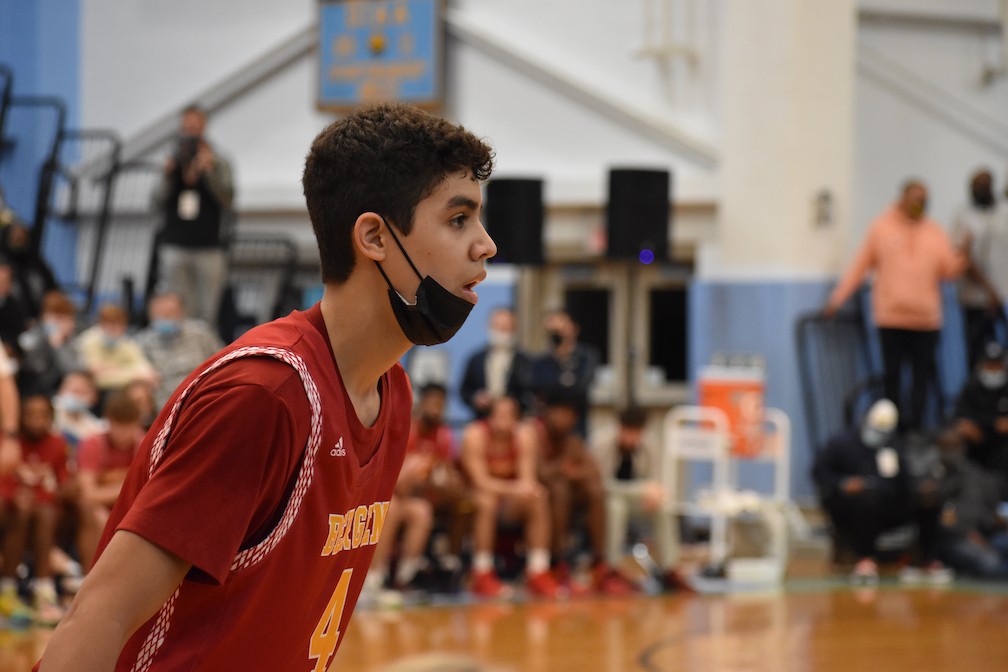 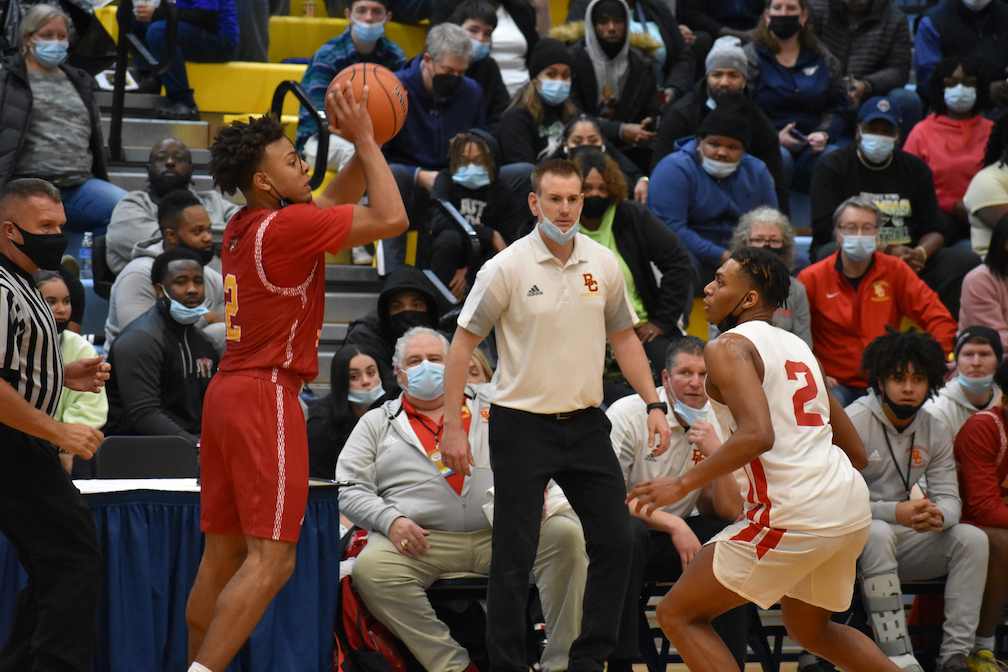 Choosing the team of the tournament was easy. The Dragons of Arizona Compass Prep School traveled over2,000 miles to compete in the tournament and they were simply unstoppable. Boasting five top 50 prospects, this squad was deep and did not disappoint. Overwhelming their opponents with a potent combination of stifling defense,sharp-shooting wizardry and high-flying acrobatics, the fire-breathing Dragons roasted all competitors. Highly ranked Our Saviour Lutheran (NY) were first up and they proved no match for the top ranked Dragons. The final score was 78-40. Next up was 7” 1”, number one ranked center in the nation, Dereck Lively, and the formidable Westtown School (PA). The result was the same. The Dragons of Arizona Compass Prep scorched the Moose of Westtown 75-45.Joshua Ola-Joseph of Arizona Compass Prep (AZ) keeps a watchful eye on top prospect, Dereck Lively, of Westtown (PA). 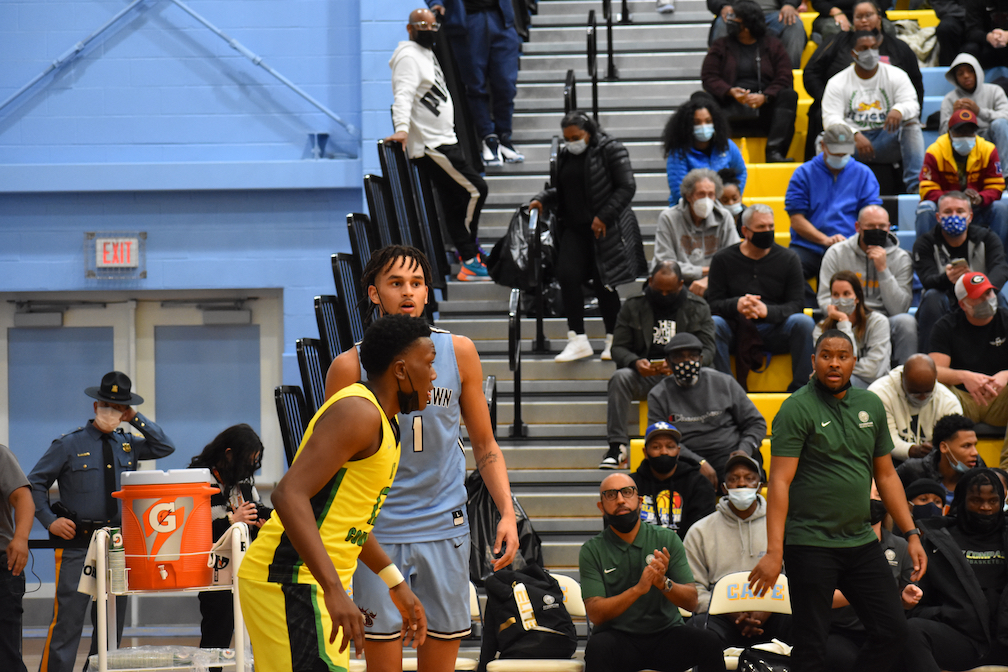 Player of the Tournament: Junior Guard, Simeon Wilcher, of Roselle Catholic (NJ) does more than play excellent defense. The 12th ranked guard in the nation, averaged 25points, 5.5 assists, 4 rebounds and 2steals per game during the tournament. Wilcher and his team mate, Jamarques Lawrence, led the Lions of Roselle Catholic to victories over Woodrow Wilson HS(DC) 85-65 and Gray Collegiate (SC) 75-59. 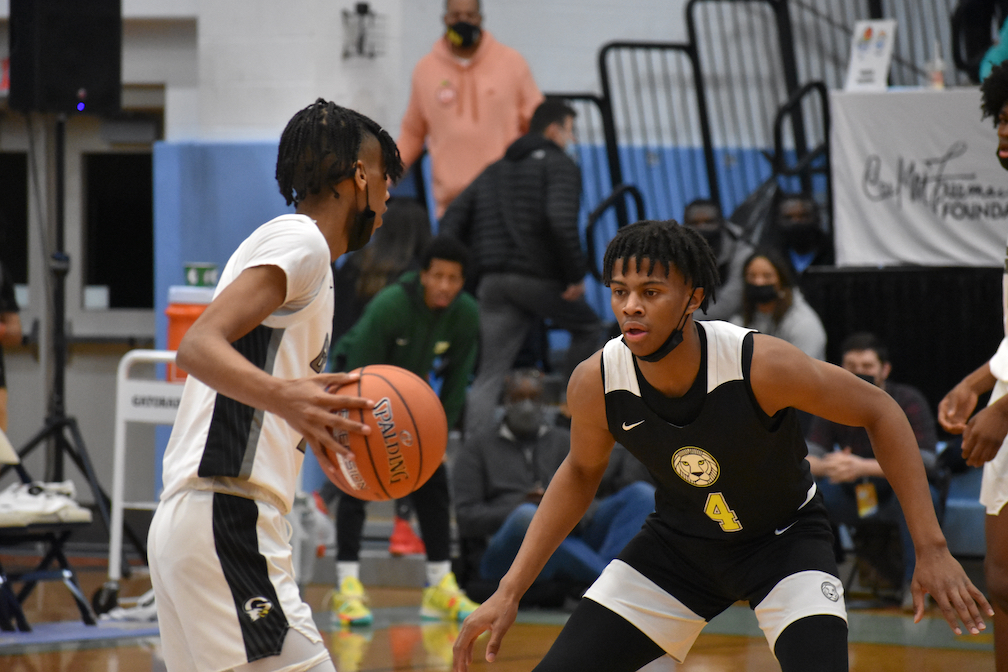 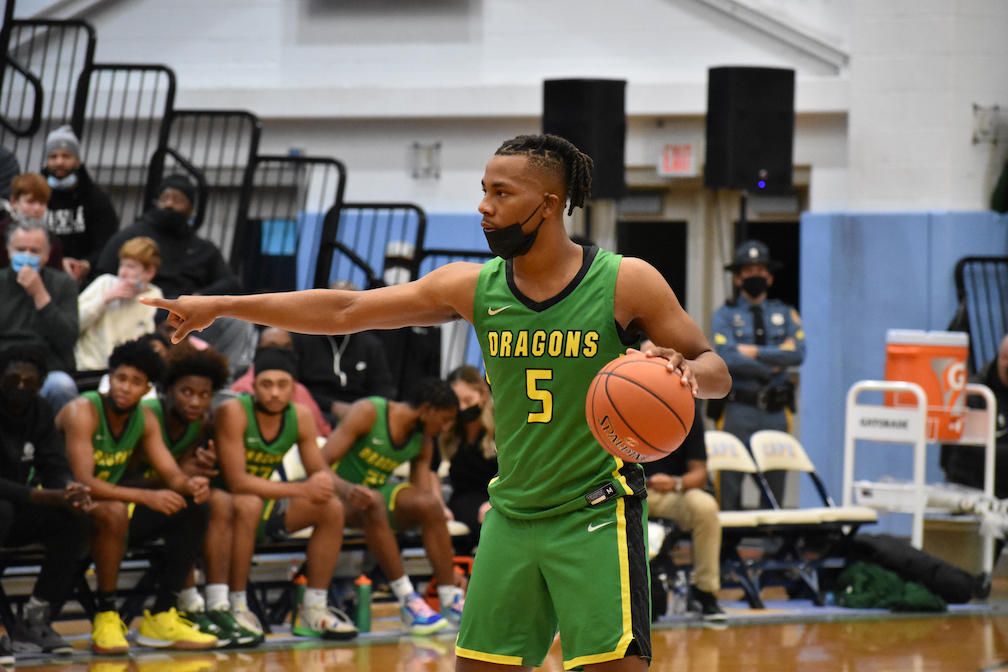 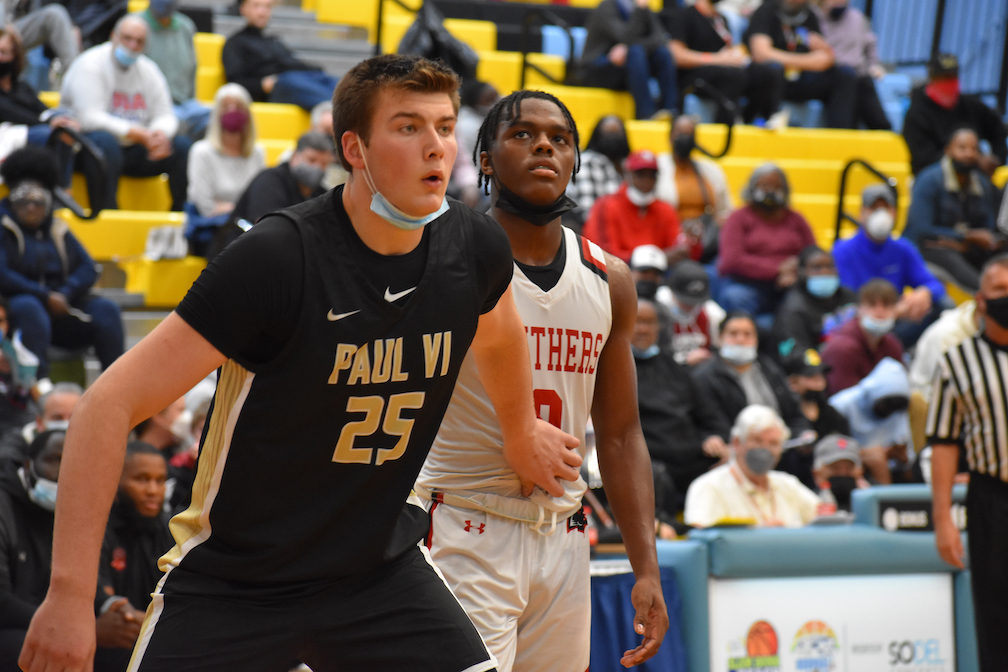 Camden’s Elijah Perkins was a high flyer and crowd favorite at the Slam Dunk to the Beach Tournament. 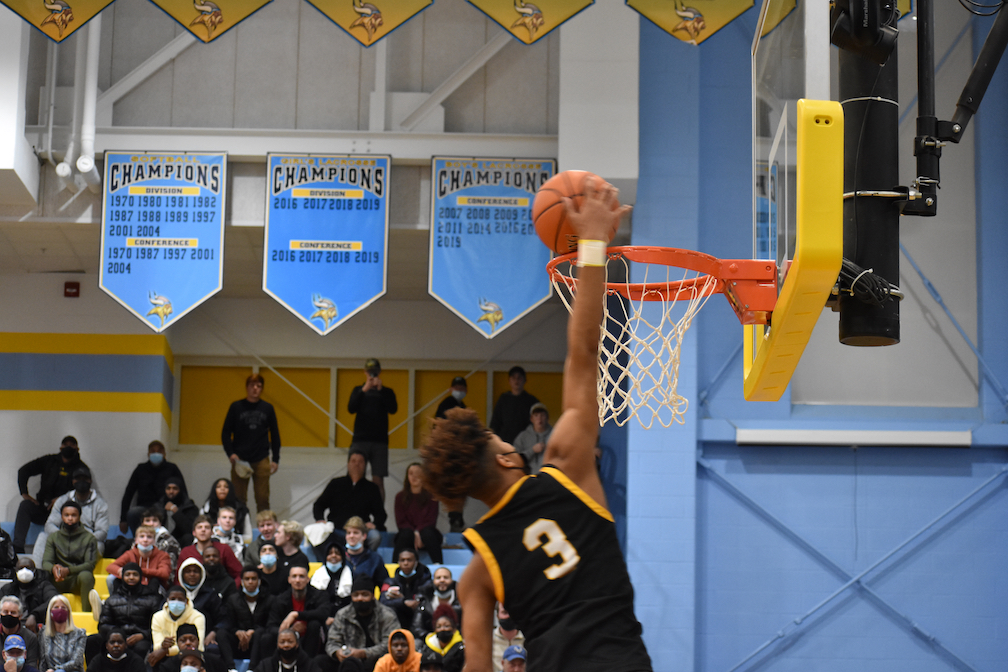 Christian Gurdack and his teammates from Paul VI High School (VA) were impressive in their 59-50 win over Imhotep Charter School (PA).

Slam Dunk To The Beach 2021 was truly an exciting affair.