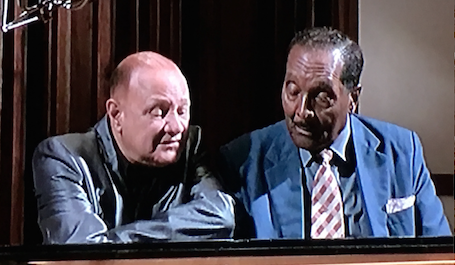 Philadelphia – Spanish-American soprano Ana María Ruimonte made several trips to Cuba to research Classical Cuban Music with African and European influences, concluding that the social succession of slavery, then the mixing of races (miscegenation) led to liberation. She will be presenting her research in three monthly events organized as a Bilingual Series. They show at The Philadelphia Building, 1315 Walnut Street, 3rd Floor, Philadelphia. The Series features the US premiere of the documentary film “Huberal”, and recitals of “Africana Soy” and “The Era of Modernism”, on Saturdays September 21, October 12 and November 16, at 3 pm. Suggested donations of $10, tax deductible through WeDidIt (linked at www.ruimonte.us), or at the door.

The presentations focus on the music composed by Ernesto Lecuona with its strong African influence as well as colonial themes, and music by other 20th and 21st Centuries Cuban composers.

In “Huberal” we will watch Lecuona’s former pianist and one of the most authentic interpreters of Lecuona’s piano music. Huberal Herrera is the subject of this Cuban documentary by José Galiño. In “Africana Soy”, Ana María will be singing excerpts from Cuban musical theater (zarzuela), in the character of the “mulato”, which illustrates the rebellion against racial segregation, and the transgression of the forbidden. The program includes songs from the zarzuelas “María la O”, “El Cafetal”, “Rosa la China” and “El Batey”. 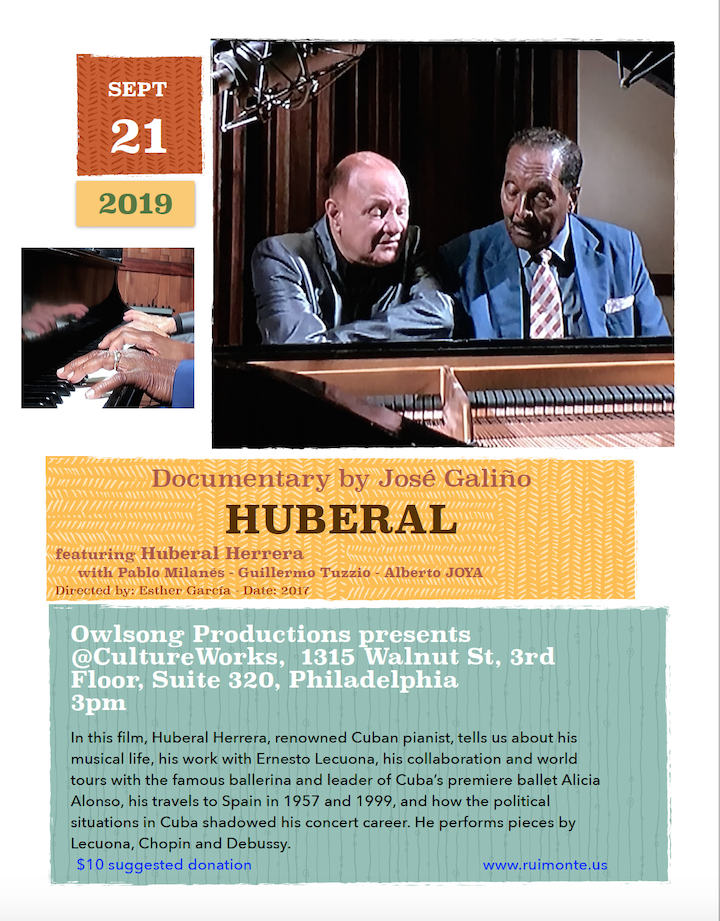 In the third presentation, Ana María will be singing songs of Cuban composers with lyrics by José Martí, the “Apostle” of Cuba’s Independence, who was also a poet and a journalist. Meanwhile, we will discuss the connection between José Martí and his contemporary Walt Whitman, both representative of “The Era of the Modernism”. Composers such as Sánchez de Fuentes, Aurelio de la Vega, Huberal Herrera, Harold Gramatges, Olga de Blanck, Ernesto Lecuona, Sindo Garay, Pérez Sentenat, Joseíto Fernández (“Guantanamera”), Rogelio Dihigo and Esperanza Valdés are included from Ana Maria’s project “Sencillamente Martí”.

Ana María will be explaining her sociological and musical research and collaborations with Cuban classical musicians during these 3 last years while she developed the projects “Africana Soy” and “Sencillamente Martí”. All the presentations include discussions with the public.