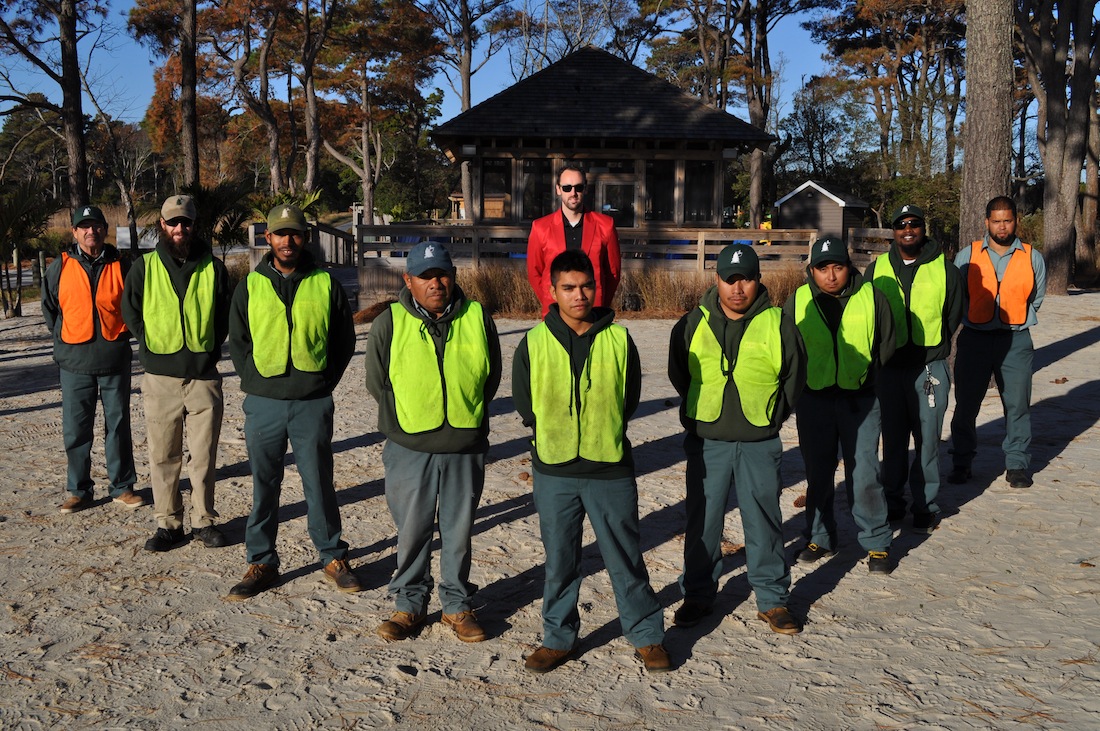 Snyder was about to win the 2015 Bill “Hammer” Hamilton Service Award for his exceptional service, spirit and passion for the Bayside community in Selbyville Delaware–where he manages an 11-man crew that maintains the landscapes for over 700 homes.

“I was not expecting it,” said Snyder of the award given twice a year to a person connected to the Carl M. Freeman Company, that owns Bayside, as well as many other residential communities and golf courses on Delmarva.

The award is named for Bill “Hammer” Hamilton, who worked at Freeman from 1999 to his death in 2012. He worked with Jack Nicklaus and his team of architects to make Bayside Americana the jewel of golf courses in the area. He is also remembered for his inspiration, customer service excellence and fun-loving nature. The Carl M. Freeman companies began recognizing associates who share his service excellence. A new addition in 2015 was the presentation of the “red jacket” as a tribute to Hamilton’s love of the Master’s Golf Tournament and his beloved alma mater, N.C. State University, where he was a four- year letterman in golf and a lifelong Wolfpack fan.

“I never had the pleasure to meet Mr. Hamilton, but I hear he was a kind and generous man and was well-liked by all who knew him,” said Snyder, who seems to have a lot of the same qualities as Mr. Hamilton.

“All you have to do is look at the property he manages and you see what a quality person he is,” said N.V. Homes project manager Charles Tull, who nominated Snyder for the award. “When I nominated Matt, a lot people came up to me and said what a great choice it was. Bayside was voted the number one community in Delaware, and it came as the direct result of the tremendous efforts of Matt and his crew.”

“I’ve considered Matt an unsung hero for quite some time. He manages his crews with the highest efficiency. Through his efforts, he has maintained the grounds and kept Bayside beautiful. That has attracted many people to Bayside. When I ask people what drew them to our community, the answer is frequently in regards to the beauty of the grounds, and how well kept Bayside is kept. Many have expressed that when they first entered Bayside, they were blown away by how healthy and fresh everything looked. Some have even claimed that the grass seemed greener at Bayside – literally greener.”

Snyder gave most of the credit for the award to his crew. “We have a good core group,” he said. “They are hard-working and customer focused. Whenever we are contacted by a customer or one of the builders, we’re out there immediately to fix the problem.”

Snyder admitted that his job is rewarding. “We do mowing and pruning in the spring, summer and fall, cutbacks in the fall and bed edging in winter. I enjoy working alongside my guys and acting more as a mentor and friend than as a boss. I think they appreciate that.”

“Anytime we have an issue, Matt’s quick to come over and address it,” said Bayside executive administrator Rachel Allen. “He works hard to make it look beautiful again. Plus, he’s a great guy and a pleasure to work with.”

Snyder says he learned his management style from his parents, who taught him the importance of hard work and respect for others. “I come from a hard-working family,” he said. He also learned the value of putting the customer first from years of working in the ski industry.

“Matt and his crew exemplify the values of service, quality and professionalism that our company was built on,” said Tony Sposato. “I’m very proud of them”. 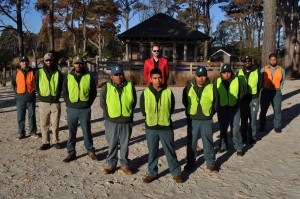