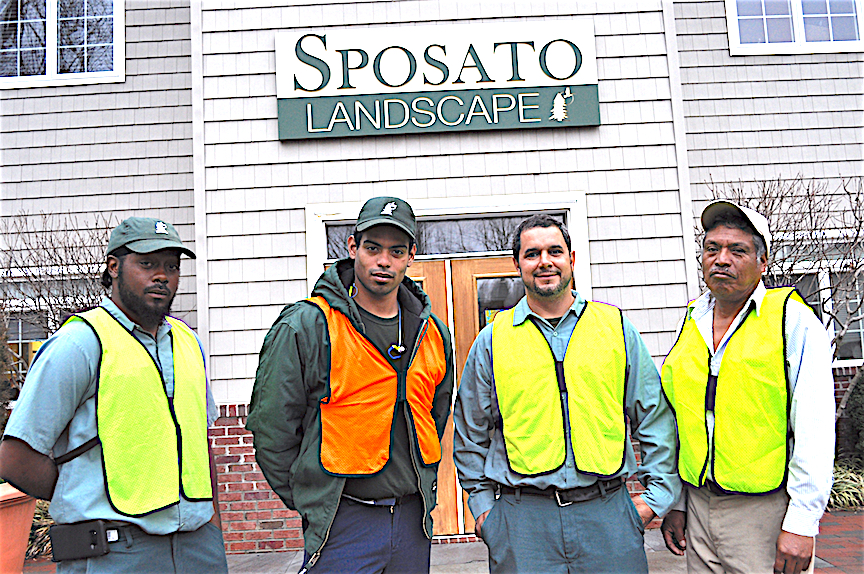 Four Sposato landscapers were cited for their quick response and bravery as they reacted to a house fire in The Village of Cinderberry in Georgetown. Their quick thinking and response after they saw smoke billowing from a garage earned them recognition from the Georgetown Police Department.

According to Georgetown Police Lieutenant John Tyndell, “Without your guys’ quick response, this tragedy would have been much worse. You probably saved a life as well as mitigated a huge property damage.  There was a car in the garage that would have burned, as well as newspapers that would have accelerated the fire. Tell your guys `thank you’.”

Added Village of Cinderberry president Jack Hickey, “The action of your people helped prevent an even bigger disaster. Please share with them our deep appreciation for their prompt, responsible action.

The Sposato employees: Mason Alexander, Joel Rivera, Daniel Branham and Felipe  Velasquez, heard one of the burn victims call for help and sprang into action. Two of them ran into the burning house with fire extinguishers and started putting out the fire. They also assisted two burn victims—one whom has died from her burns and the other who is in critical condition.

The crew, who was edging flower beds in the neighborhood, called 911 and directed the first responders to the scene. They also moved their vehicles out of the way to allow emergency vehicles access to the fire and burn victims.

“We’re very proud of these guys,” said Sposato safety director Jack Hoban. “We constantly train our people in safety procedures. Part of their daily safety check is making sure they have a charged fire extinguisher on board. That training paid off when the emergency arose.”

Caption: Sposato landscapers Mason Alexander, Joel Rivera, Daniel Branham, and Felipe Velasquez were recognized for their bravery and quick response to a house fire in Georgetown. 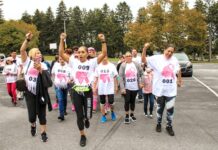