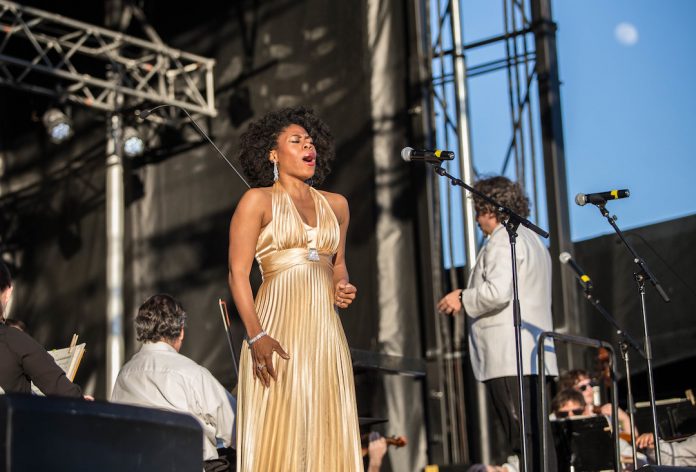 Think opera is an outdated art form for the elite? Think again. Opera’s up-and-coming stars are young, culturally diverse and as passionate about their craft as any performing artist out there.

For anyone looking for a perfect intro to the opera — as well as those who are already ardent fans — the “Starry Night Classics” performance scheduled at The Freeman Stage on Saturday, Aug. 15, will present a “greatest hits” of some of the world’s most beloved operas.

“These are literally some of the greatest singers in the country right now and I am absolutely thrilled to be sharing the stage with them,” said Benichou.

“We also feel fortunate The Freeman Stage is having a season this year; this will be the first time we are performing since March and perhaps will not be able to perform again for the foreseeable future. The show will be exceptional on many levels with the presence of NYCO’s star singers but also New York City Ballet’s Concertmaster Kurt Nikkanen who will be playing several solos.”

The Mid-Atlantic Symphony Orchestra has been a staple at The Freeman Stage since its inaugural season in 2008. After opening the season in 2008 and 2009, the MSO was invited to perform the closing concert for The Freeman Stage’s performance season in 2010 and has continued to close its season ever since. The New York City Opera — often called “The People’s Opera” — marks its 75th anniversary in 2020. It has helped launch the careers of some of the greatest opera singers of all time including Beverly Sills, Sherrill Milnes and Plácido Domingo.

“Building new audiences for the opera is a passion that drives all of us,” said Soprano Kristin Sampson, one of the evening’s performers. “Opera has been a part of the human experience for centuries and there’s a reason for its staying power. The passion, storytelling and pure entertainment of opera is unmatched in any other performing arts genre. I’ve seen people go into performances as complete skeptics and come out completely blown away.”

“This is such an amazing opportunity for our local community to experience a world class musical experience right here on the Delmarva peninsula,” said Patti Grimes, Executive Director of the Joshua M. Freeman Foundation which runs The Freeman Stage.

“We’ve worked incredibly hard to make it a safe and enjoyable evening and have received nothing but positive feedback from show attendees from the past six weeks. Come out for a beautiful night of music under the stars.”

For more information, including the venue’s public safety measures, or to purchase seats, visit freemanstage.org.