“Prime Minister Netanyahu delivered a strong speech to Congress and the American people this morning, clearly articulating the threat that a nuclear Iran poses to Israel, the United States, and the world. The Prime Minister was correct to praise President Obama’s steady and strong support for Israel. Our nations’ friendship has always remained strong with each new Administration, and President Obama’s is no exception.

“America’s support for Israel’s security has always transcended partisan politics and must continue to do so. While I would have preferred for the speech to have been delayed until after the Israeli elections, I have enormous respect for our nations’ enduring friendship and the office of the prime minister.”

“I share some of Prime Minister Netanyahu’s concerns about the ongoing P5+1 negotiations with Iran over its nuclear program, but those negotiations are ongoing and I intend to withhold judgment until they are complete. I will, however, not hesitate to support additional sanctions if the negotiations fail to yield an agreement or result in a deal that does not effectively prevent the threat of a nuclear Iran.” 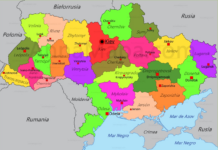