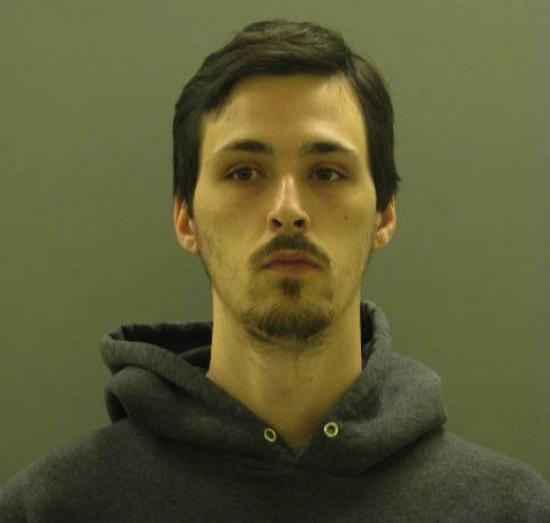 Newark, DE – Detectives with the Drug Task Force (DTF) are seeking the public’s assistance in locating two additional suspects involved in the sale of heroin.

Robert Mazzio Jr., 27 of Cleland Heights, Wilmington (grey sweatshirt), and Matthew M. Perez, 33 of Park Place, Wilmington (full beard, green shirt), are both sought in connection with the sale and possession of heroin

If anyone has any information in reference to their whereabouts, they are asked to contact Sgt. A. Lloyd at 302-365-8403 or by utilizing the Delaware State Police Mobile Crime Tip Application available to download at: http://www.delaware.gov/apps/. Information may also be provided by calling Delaware Crime Stoppers at 1-800-TIP-3333, via the internet at www.tipsubmit.com, or by sending an anonymous tip by text to 274637 (CRIMES) using the keyword “DSP.”

Other four men had been arrested by the Delaware State Police Drug Task Force (DTF) in connection with a month long drug investigation into the sale of heroin from a Newark hotel.

The Drug Unit, with the assistance of the Governor’s Task Force (GTF) concluded the investigation Friday August 1, 2014 around 1:00 p.m. when troopers contacted Shannon P. Whye, 32 of Wilmington, and Antoine M. Murrey, 30 of Wilmington, in the parking lot of Delaware Park and Casino near Wilmington. The two were taken into custody without incident and Whye was found to be in possession of marijuana and cocaine. Troopers then searched Murrey’s Dodge Challenger and located 9.9 grams of marijuana along with 42 Oxycodone pills.

Detectives then responded to the Days Inn Hotel located at 900 Churchman’s Road in Newark where Whye was known to have a room. Upon arrival, Adam H. Smith, 40 of Newark, was standing outside of the targeted room (138) and was taken into custody without incident. Upon searching the room, 11 methadone pills, 19.5 Alprazolam pills, and 554 bags of heroin stamped “facebook” were located. While conducting a search of the room, there was a knock at the door and Eugene Lai, 33 of Newark, was contacted. He was immediately taken into custody and found to be in possession of one dose of Suboxone and 55 bags of heroin stamped “facebook.”

Adam H. Smith was charged with two counts of Possession of a Controlled Substance without a Prescription and released on $6,000.00 unsecured bond.