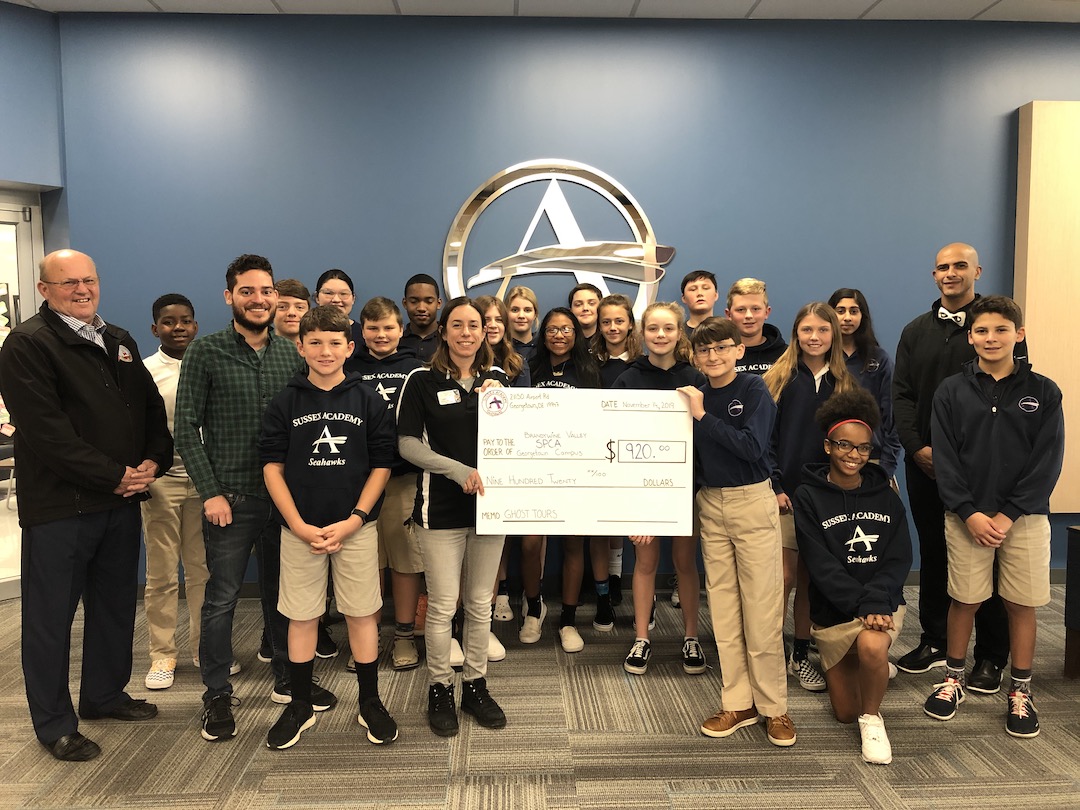 (Georgetown, DE)Sussex Academy middle school students and the Counting House Restaurant and Pub partnered for a Ghost Tour and Magic Show in October. The event was a fundraiser for the Brandywine Valley SPCA.

The walking tour was led by costumed Georgetown Mayor, Bill West, who shared stories behind the hauntings at the Brick Hotel, The Old Courthouse, and the Judge’s House, among others. A magic show, with magician Vince Wilson, was held at the end of each tour.

On November 14, Carla DiGiacomo, Brandywine Valley SPCA, was presented with a check for $920.00 from the event proceeds.