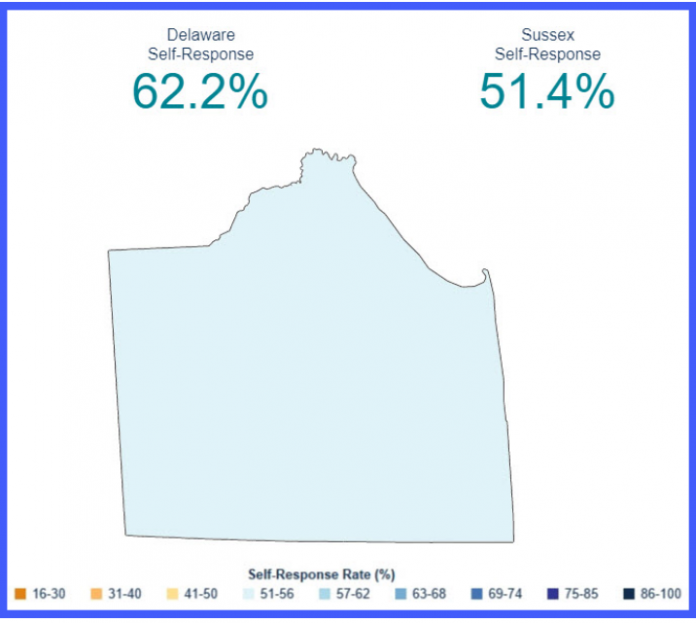 Sussex County is currently lagging in its response to the U.S. Census, trailing the state as a whole by more than ten percentage points.

The once-per-decade count of the national population is mandated under the U.S. Constitution (Article 1, Section 2) to ensure Americans receive equal representation at all levels of government.

In Sussex County, population shifts could result in another House or Senate seat in the state legislature. Population counts are also heavily referenced for the purposes of federal and state funding, impacting how much government money is allocated for such things as schools, roads, infrastructure, and social programs.