Georgetown, Del., May 21, 2013: Sussex County plans to head into the 2014 fiscal year a little leaner, but healthier financially thanks to increased revenues and lower debt that will translate into reduced sewer fees for most public wastewater customers and no change in the County’s property tax rate.

County leaders on Tuesday, May 21, 2013, unveiled the proposed $117.7 million budget for the 2014 fiscal year, an overall plan that is down by approximately $3.4 million, or nearly 3 percent, from the current year’s $121.1 million budget. The decrease is largely the result of reductions in sewer assessment rates as debt for those systems has been or is about to be paid off.

The proposed budget keeps in place the County’s property tax rate of 44.5 cents per $100 of assessed value, making this the 24th consecutive year –nearly a quarter century– without an increase. The average County tax bill for a single-family home remains around $100 annually, not including independent school district taxes.

The most significant changes constituents will notice in next year’s budget will be in the form of sewer rates the County charges for providing public wastewater services to more than 57,400 customers. In most cases, rates will go down by as little as $4 to as much as $163, depending on the district served. In a handful of cases, however, sewer rates will increase by $6 to $15, a gain depending on the district.

The rate changes are the result of debt retirement and a 2012 refinancing of more than $60 million in outstanding long-term debt, as well as the continued implementation of uniform service rates for all customers. The annual charges pay for operations and maintenance, as well as debt service, on the public sewer systems.

While the overall budget is down, the general fund portion of the budget is expected to rise by 8 percent, or $3.7 million. That is due in part to an expected surplus later this year, as well as an expected increase in revenues from realty transfer taxes, building permit and zoning fees, and Recorder of Deeds fees –all tied to an improving local housing market. The general fund portion of the budget pays for day-to-day operations and services offered by County government.

Grants to fire companies, police departments, libraries and community groups are either maintained at current levels or increased in some cases. For instance, the County’s contribution to housing rehabilitation and assistance is proposed to increase by $30,000, or 43 percent, from $70,000 to $100,000 to help ease a years-long backlog of projects;

The proposed budget includes a one-time 2 percent bonus for employees, though it is not considered a permanent cost of living adjustment (COLA). Meantime, some changes are proposed for employee benefits, including a switch from a reimbursement program to an insurance plan for dental and vision services, as well as a new 3 percent pension contribution requirement for new hires. Other benefits, including health insurance, vacation, sick leave and holidays, as well as a zero-employee-contribution pension plan for current employees, will remain intact;

Realty transfer taxes will continue to be the County’s largest source of income, with $16 million in revenue expected in Fiscal Year 2014, almost $3 million more than was projected in FY2013. That source is expected to rise thanks to an uptick in the local housing market, both in sales of existing homes and new construction.

County leaders say the new budget continues a trend of conservative spending, and stressed the County will continue to look for savings by reducing purchases, limiting new hires, and cross-training employees.

“Although we’re seeing our revenues increasing, the County is still approaching the budget with a healthy dose of caution,” incoming Finance Director Jennings said. “We’re really starting to see the economy pick up and signs of renewed life in the local housing market, so that gives us good reason to be optimistic, but still cautious nonetheless.”

“Time and time again, our financial staff has shown that in the best of times or in the worst of times government can and has to make do. And we can do it without creating a burden on the backs of the people we serve,” Mr. Vincent said. “I’m sure the people of Sussex County appreciate our consistent efforts.”

County Council will hold a public hearing on the proposal during its 10 a.m. meeting Tuesday, June 18, 2013, in council chambers at the County Administrative Offices building, 2 The Circle, in Georgetown. The public can comment in person on that date, or submit comments through the web at budget@sussexcountyde.gov. By law, Council must adopt a budget by June 30. 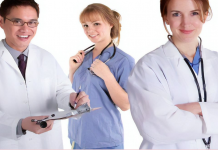 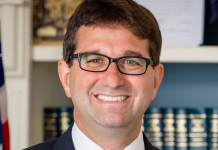